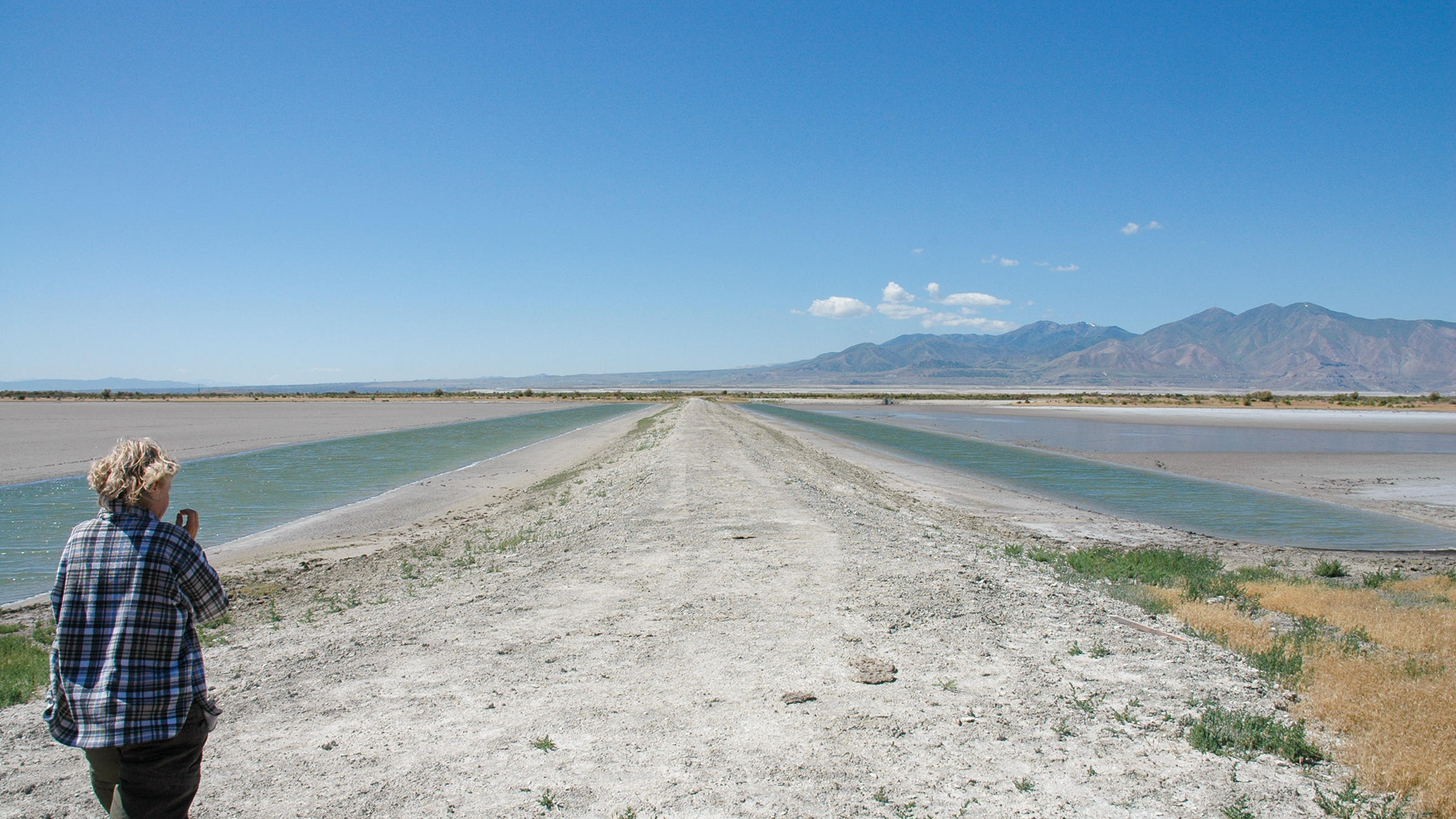 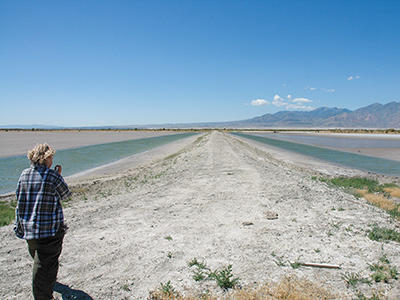 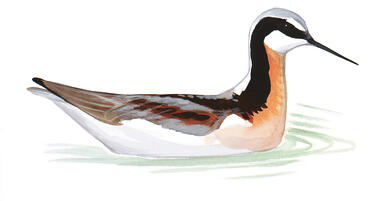 Ten years ago, on July 8, 2009, Audubon and the many individuals and organizations who had contributed to the creation of the South Shore Preserve gathered on the bank of a dry relict Jordan River channel outside Salt Lake City. We were there to watch the official opening of water portals that would redirect a portion of diverted Jordan River water back into ancient waterways that had been dry for thousands of years.

In 1993, Audubon created a vision for establishing a large wetland/upland preserve in the dry river delta on the southeast shoreline of Great Salt Lake. For the next 14 years, in partnership with the Mitigation Commission and The Nature Conservancy, individual tracts of land were gradually added to create this preserve, now known as the South Shore Preserve. In 1998, rights to about 3,000-acre feet of water per year were obtained. For many years Audubon had sufficient land and water to create wetland habitat, but unfortunately there was no access for the water to get to the land. In 2005, two flowage easements on 541 acres were obtained that allowed water to cross private property and onto the land managed by Audubon. In addition, these flowage easements allowed Audubon to create wetland habitat on the parcels incorporating them to the overall vision for the area.

Finally, with land, water, and access secured, the project could move forward.

In 2007 and 2008, in partnership with NRCS, The Mitigation Commission, Florence Gillmor, and Jennifer Speers, a major water delivery system incorporating the natural landscape was designed and constructed including berms, water controls structures, and canals. The ancient delta was subdivided into 10 individually-controlled water management units ranging in size from 14 to 330 acres.

At last, on July 8, 2009, standing on the bank of a major dry river channel, we, our partners, and supporters witnessed this historic water release.

As the water rushed headlong into its ancient pathway, there was a sense of stillness, wonder, and awe as the spectators watched. We could feel the significance of the moment on a visceral level, and so could the birds. As soon as the water began its entrance into the preserve, a Wilson’s Phalarope dropped from the sky and began twirling in the water, a motion so characteristic of the species.

Today, the high expectations of that day are being realized. The area is a wonder of bird sights and sounds. Many species—such as American Avocet, Black-necked Stilt, Willet, Gadwall, Mallard, and Cinnamon Teal—nest in diverse wetland habit. Long-billed Dowitcher, Great and Lesser Yellowlegs Tundra Swan, American Widgeon Franklin’s Gulls are among the many species that regularly use the wetlands in migration.

Audubon’s work at South Shore Preserve has come a long way since 2009, but that day was certainly an important one. Below is an excerpt of a reading I gave on the day of the water release.

“We stand today on dry land beside an ancient river channel. Thousands of years ago the water of the Jordan River flowed through this very spot creating a large delta.

What a glorious place this dry delta must have been long ago when a river ran through it; a special place on earth where nature had opened wide its portals and spread across the scene an abundance of life in a wondrous diverse wetland complex.

Today, every year after nesting, millions of birds funnel to Great Salt Lake like grains in a giant hourglass to fatten on the abundant food sources before once again dispersing sometimes flying thousands of non-stop miles to winter, scattered all the way to the tip of South America.

But each passing year when the birds return to Great Salt Lake, their places of refuge grow smaller. Avocets cannot find food in parking lots, swans cannot rest on buildings, and snowy plovers cannot nest on the green green grass of golf courses.

This is a special moment. We are posed on the cusp of time.

Here today we will watch the fresh water flow; reunite once again with the land. Our hopes and expectations are great that through time and the magic processes of nature, this land will transform back into a place alive and vibrant with the abundant sounds and activity of birds as it once was.

We do this for the birds. Next time they funnel through Great Salt Lake they will find a place that was not here when they left, to stop and rest and forge for their long migrations." 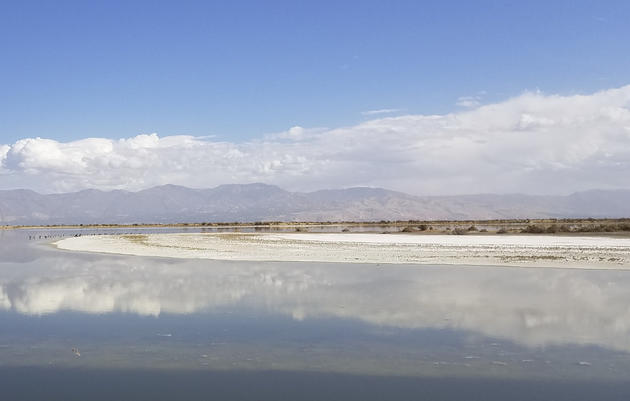 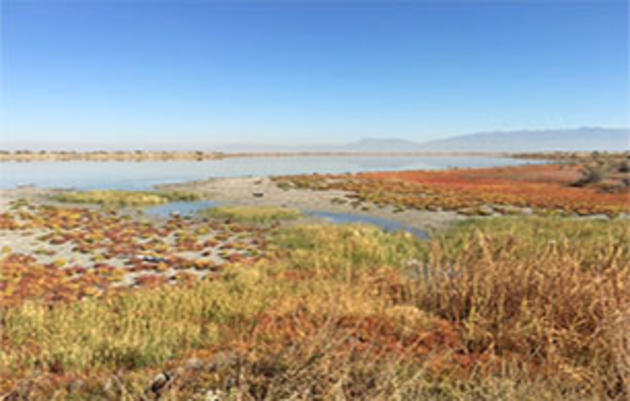 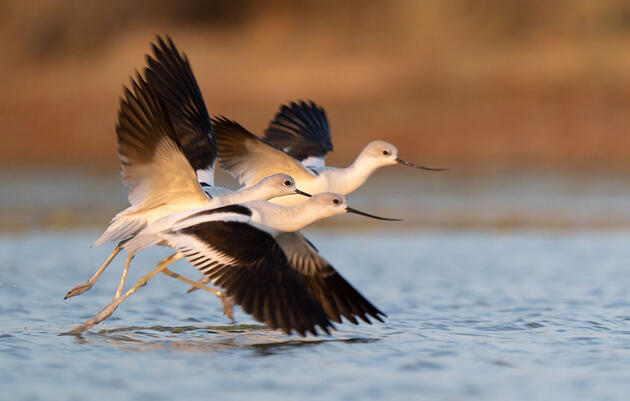