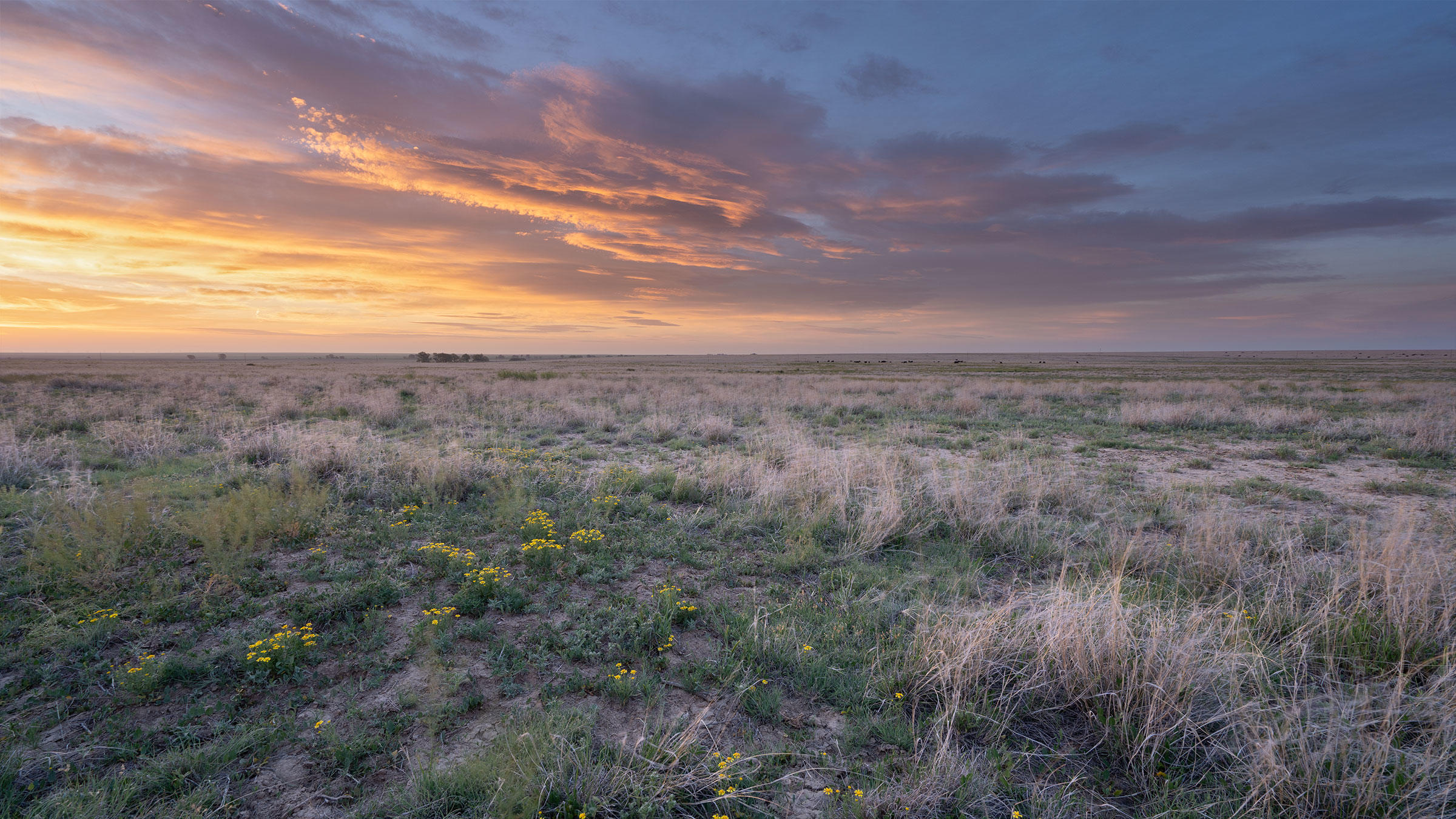 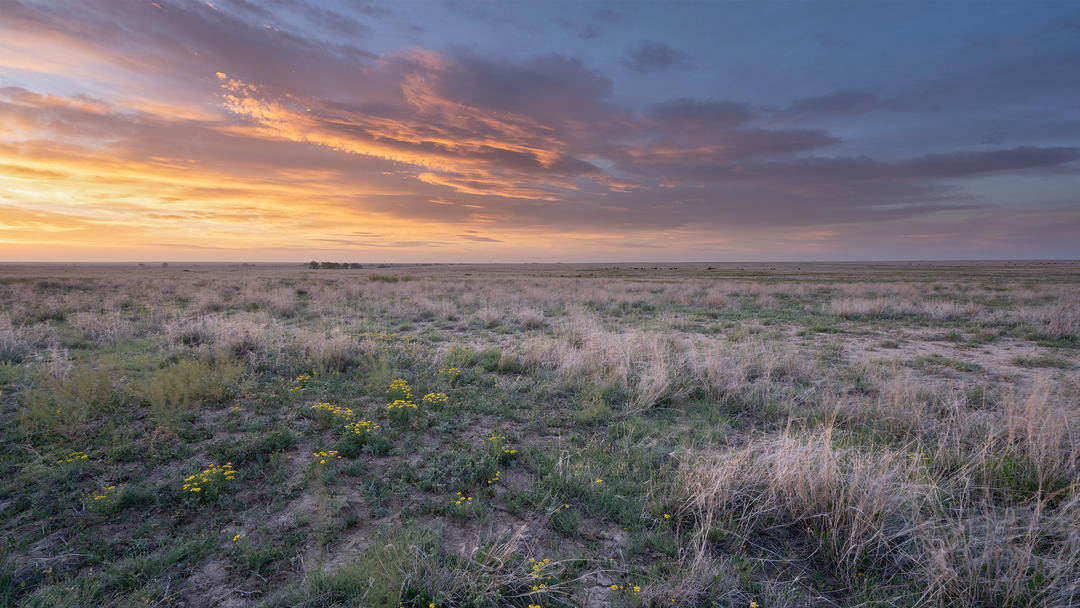 Dawn on the Ranch

In the blue twilight of a spring morning, the bubbly chorus of Lark Buntings, tinkling voices of Horned Larks, and flutelike songs of Western Meadowlarks ring through the shortgrass prairie. As the orange sun emerges, blue grama (Bouteloua gracilis), buffalo grass (Bouteloua dactyloides), and other native grasses begin to glow, punctuated by the yellows, whites, purples, and oranges of native flowers. Burrowing Owls poke their heads out of the Black-tailed Prairie Dog towns scattered across the landscape. From the marshes surrounding Big Sandy Creek, Black Rails sing their nasal ki-ki-doo!

Walking between the herds of cattle, it feels that the prairie rolls on forever, but it does not. This place, the May Ranch, is an island of grass in a sea of developed land.

Surrounding the 15,550-acre cattle ranch near Lamar, Colorado, is a patchwork of cropfields spreading farther than the eye can see. Although they support the people who live here, the cropfields are uninhabitable to most birds. This is why maintaining a financially and ecologically sustainable ranch is so important to the May Family; without it, the island of grass would likely be swallowed whole. 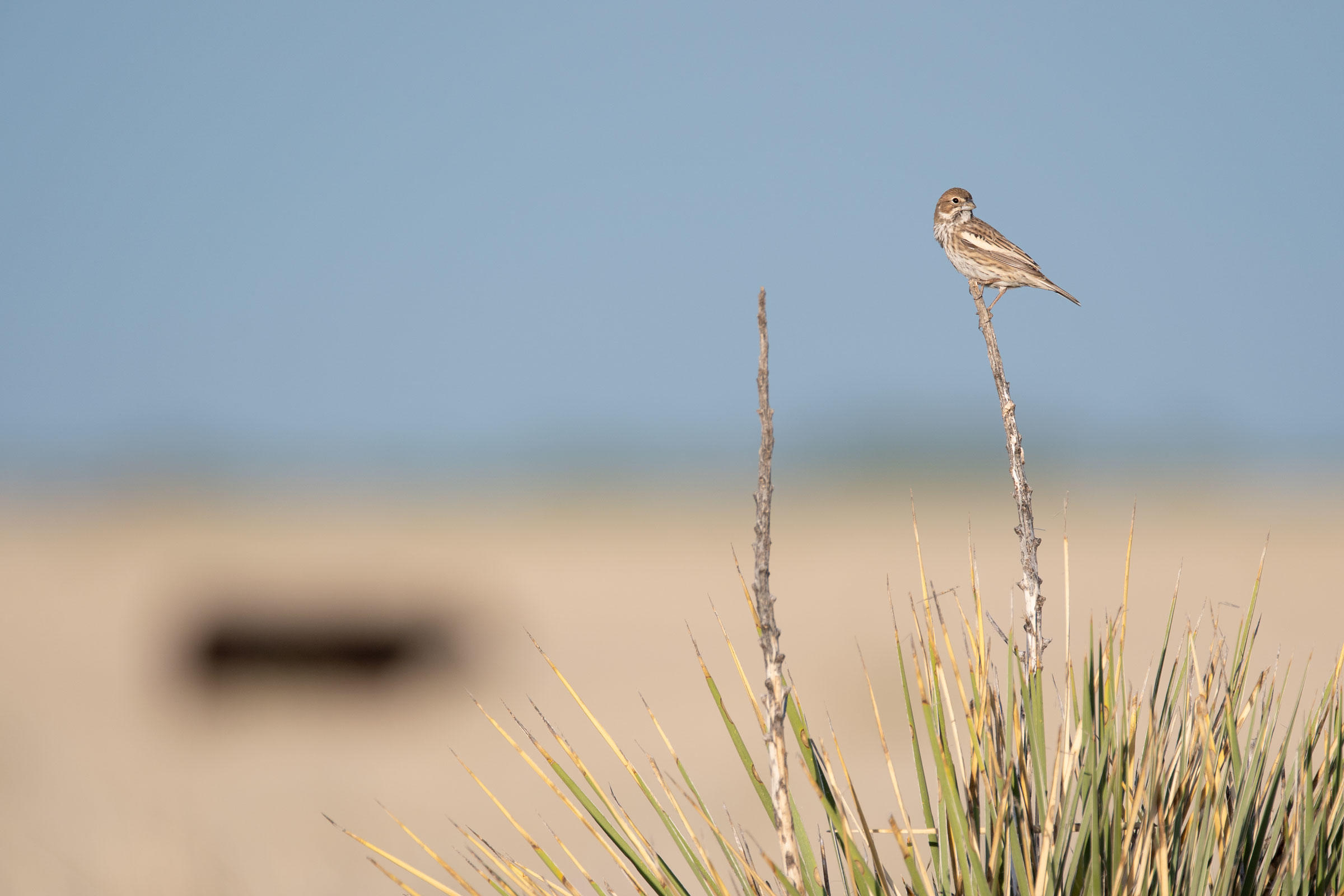 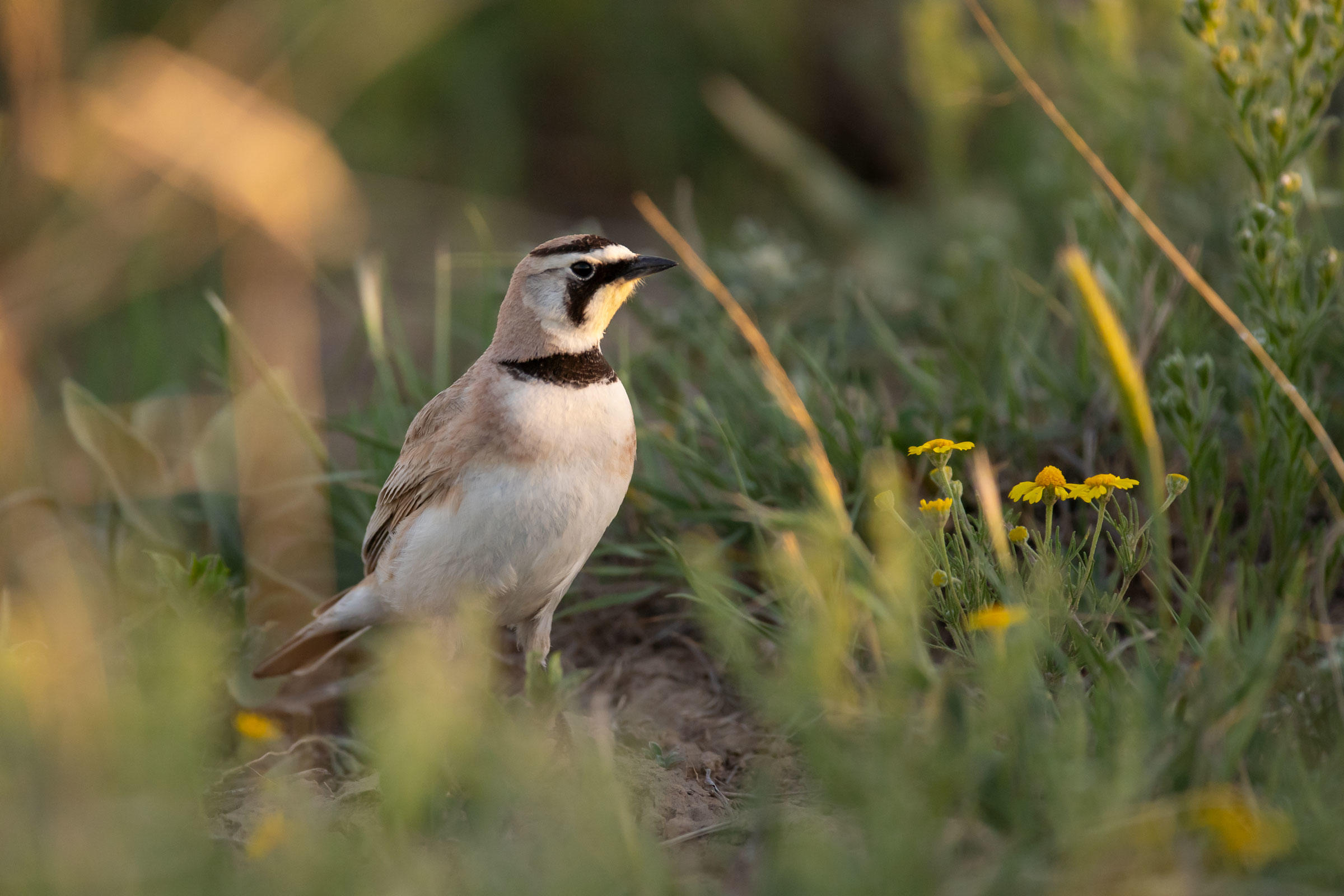 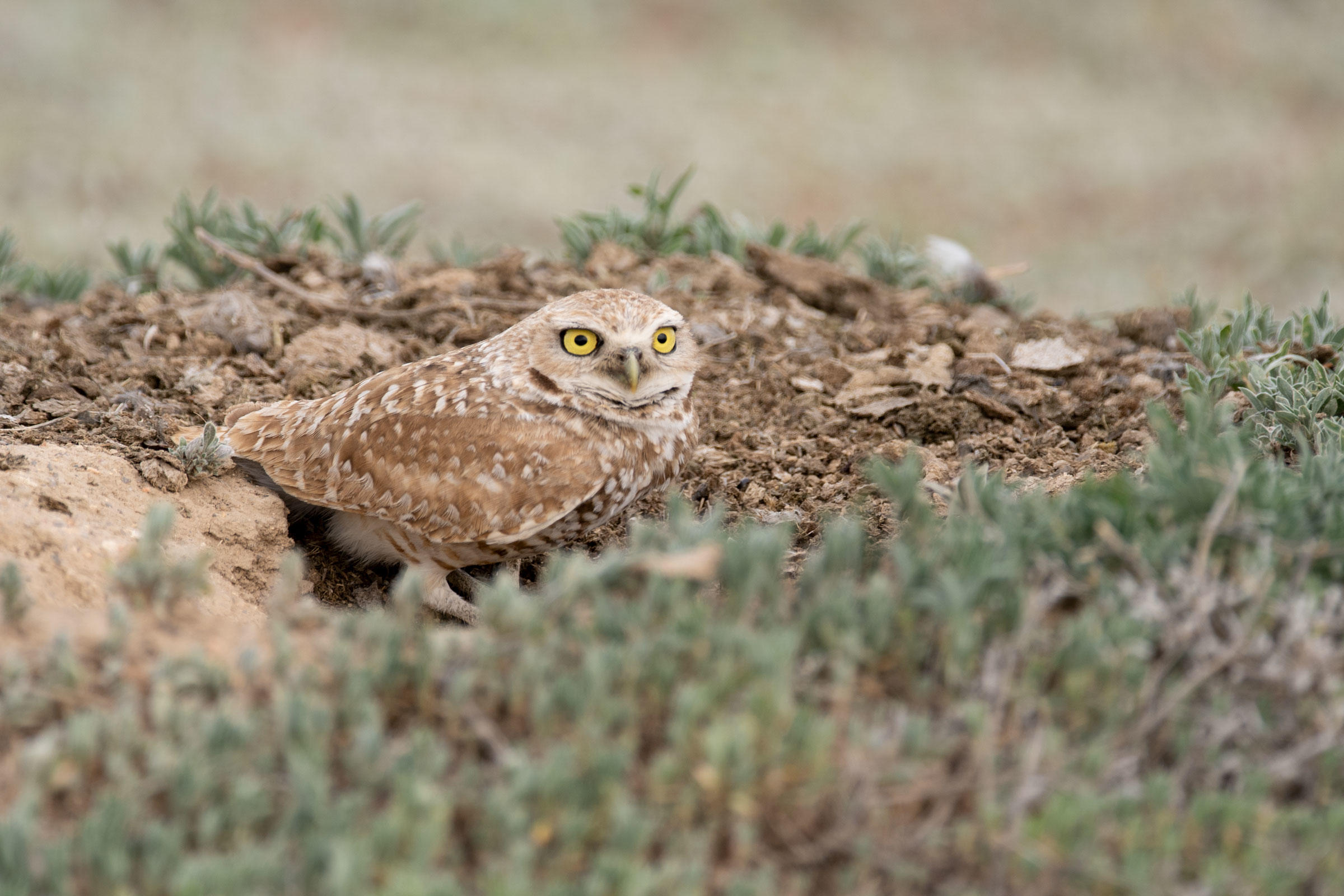 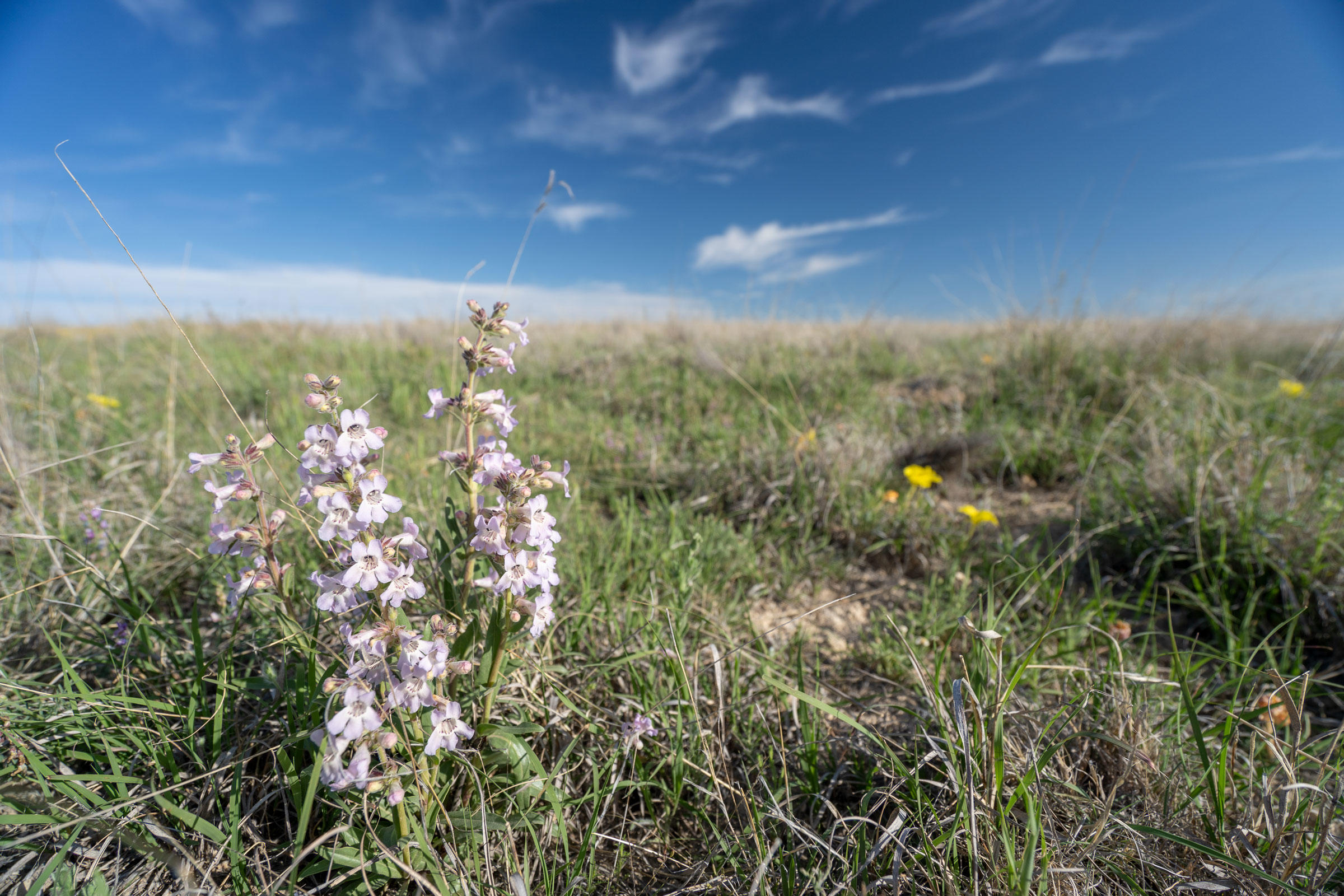 Growing up in southeast Colorado, Dallas May watched as the prairie around him disappeared. After leasing ranchland for 32 years, the May family finally purchased it in 2012, in part to ensure that it would stay habitat for wildlife. While this was a great achievement for the family, it also brought a tremendous challenge.

Unlike most ranching families, the Mays did not inherit their land. Purchasing it meant they’d have to make mortgage payments for many years to come, and failure to make those payments would mean losing the ranch. To avoid that, they had to find a way to make their ranch as profitable as possible without sacrificing the health of their land and the wildlife on it.

“So in looking for ways to become more financially viable, we started down the road of being all natural, grass-fed,” says Dallas. After exploring several options that never seemed to gain traction, Dallas finally contacted Audubon Rockies and learned about Audubon's Conservation Ranching Initiative. Quickly, he realized that Audubon’s program was unique. Not only did it help him market his cattle, but it helped him enhance habitat for birds and other wildlife. “It’s obvious to anybody that’s involved that if you have habitat that birds can thrive in, every other species of wildlife will thrive in that habitat,” says Dallas.

“It’s obvious to anybody that’s involved that if you have habitat that birds can thrive in, every other species of wildlife will thrive in that habitat.”

During this time, Dallas’s son, Riley, began to manage the ranch as well. “We would really like to have everything the way you see it here be exactly the way it is today in a hundred years, so that my kids and my grandkids and their grandkids can all come out and appreciate this,” says Riley, who has a young son himself. “We have to be able to understand the importance of what we’re doing out here and what we have, and we need to be good stewards of what we’ve been given.”

Caring for the Land

Under the stewardship of the May family, the prairie has remained not only unplowed, but also healthy and full of life. The Mays know, as do all good ranchers, that if you mistreat the land, you won’t be ranching long. “We try to keep as natural a balance as we can through our pastures,” says Dallas. “We graze them lightly and we move [the cattle] at different times of the year.”

This practice of resting some pastures while actively grazing others creates a diversity of habitat types, from sparse vegetation where Horned Larks pluck insects from flowers, to tall grass where Grasshopper Sparrows sing, swaying in the wind.

The Mays also understand how important healthy grasslands are for fighting climate change. By allowing grass on parts of their ranch to grow tall, they increase the amount of carbon that the grasses can sequester. “We’re taking in that carbon and storing it in the soil rather than releasing it in the atmosphere,” explains Riley. “I think that’s a huge benefit of being able to graze efficiently; we can provide a carbon uptake instead of spewing it out."

To make sure their management is benefitting the land and wildlife, the Mays have numerous surveys done on their land every year. In addition to Audubon’s annual bird surveys, there are botanical surveys, soil carbon monitoring, rangeland health monitoring, and stream health surveys.

Dallas’s goal of creating a stronghold for wildlife has come true. During the last severe drought, the regional Scaled Quail population nearly vanished, according to Dallas. But he continued to see them in the wet and shrubby areas of his ranch. When the drought subsided, he watched as the quail reappeared in the lands around his ranch. “I firmly believe that it’s because they had one magnet area that was a breeding ground…and then they were able to move out and repopulate the region. I think that’s why it is so important to have one place in an area where birds can thrive.” Thanks to the May family’s stewardship, Audubon’s Conservation Ranching Initiative, numerous other partners, and consumers who buy the Mays' beef, birds will still have this island of grass. 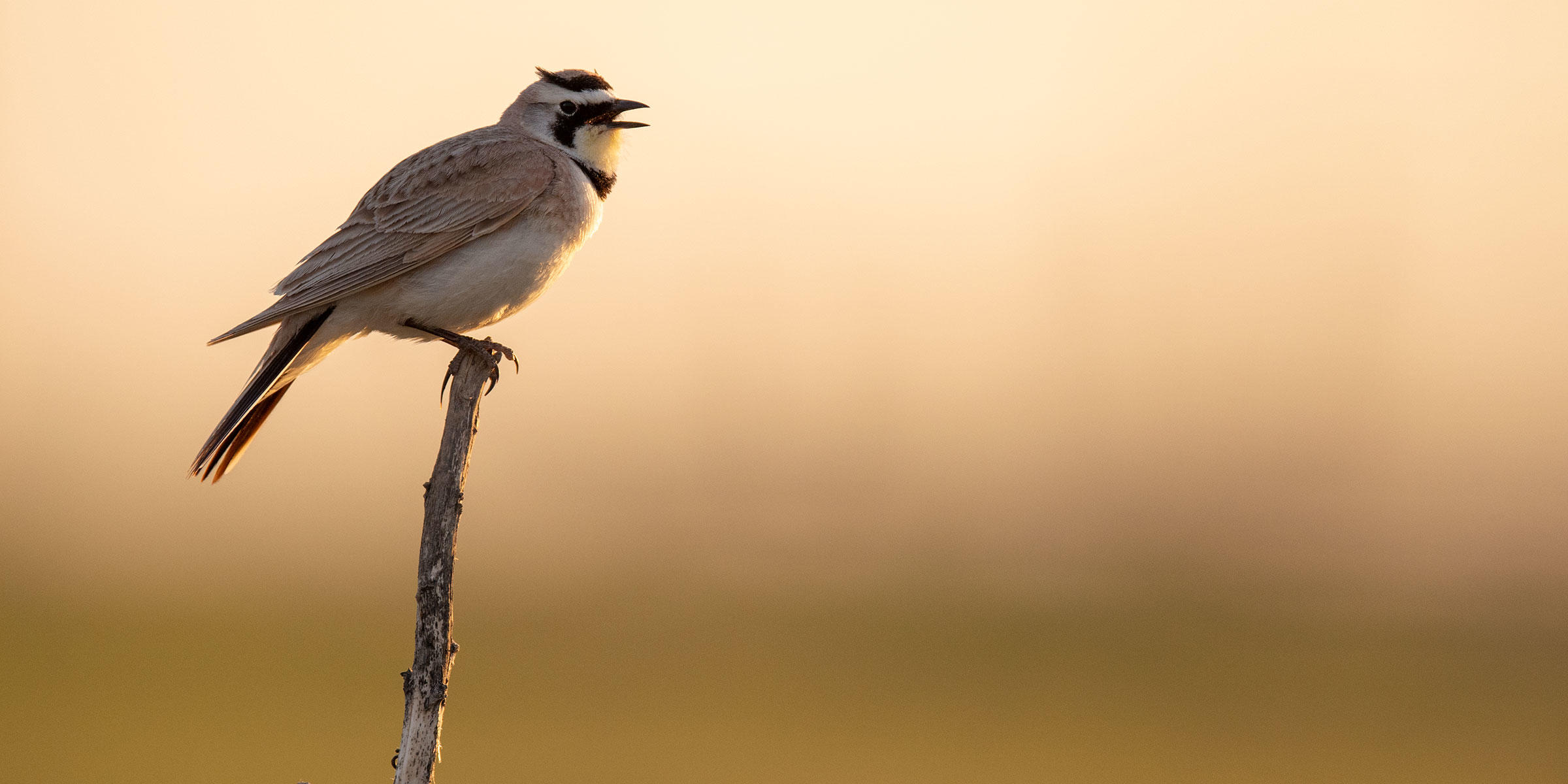 Each ranch we certify takes delibrate steps to protect and restore habitat for imperiled birds. Support their work by buying meat from them; it's the easiest way you can help rangeland birds. 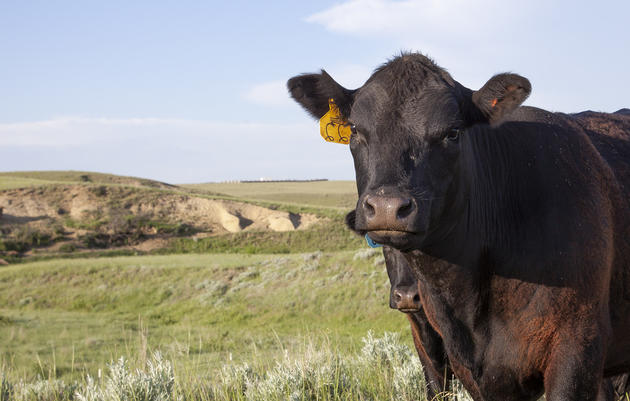 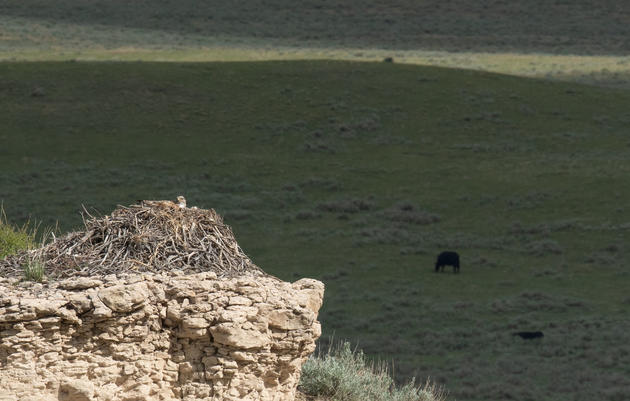 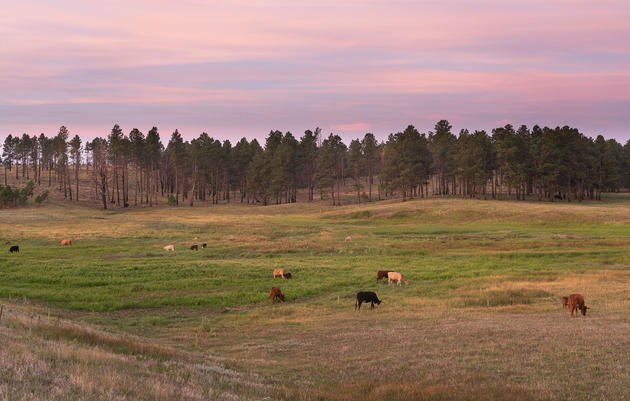 Conserving prairie and forest by connecting consumers to the land.