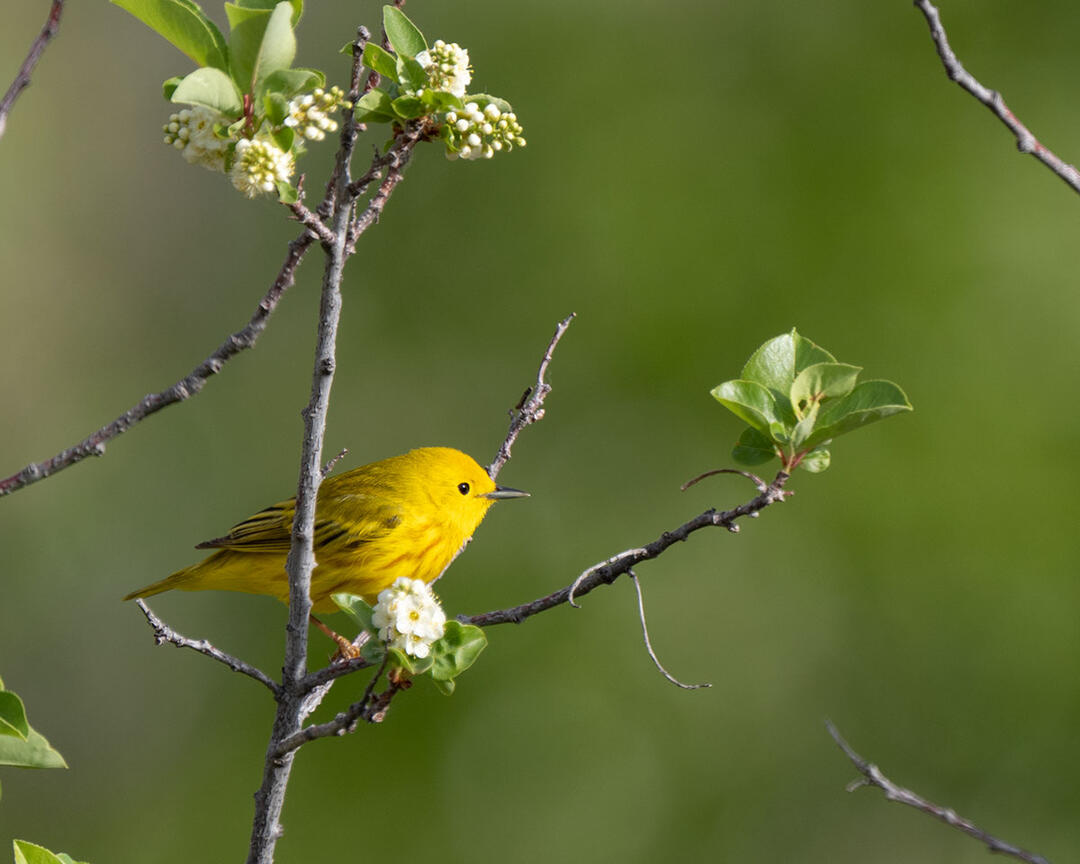 There are about 600 lobbyists who work the Colorado Legislature. Among them are two full-time lobbyists who focus solely on conservation issues, including myself. I have served as the Colorado lobbyist for Audubon since 1994, interacting with the 100 elected officials (65 representatives and 35 senators) on a daily basis during the legislative session. In fact, Audubon has the longest-serving presence of any conservation organization at the Capitol, starting in the late 1970s.

Throughout the 2022 session (January 12 - May 11), I worked closely with representatives from Audubon chapters across the state and Audubon Rockies staff to determine positions on proposed bills and realize outcomes that are good for conservation.

The 2022 legislative session concluded just before 10 pm on May 11. It was the first session since the start of the pandemic to run on a conventional timeline, which was a nice return to a hint of normalcy. We can celebrate a fairly successful year, with significant wins in improved water conservation, much-needed funding for water conservation, watershed restoration, and wildlife crossings, as well as the halt of some extremely damaging attacks on our environment. Here are the highlights:

This bill endeavored to restrict pesticide use around schools, have the Colorado Department of Natural Resources conduct a study/make recommendations on pollinator decline, and create a Department of Agriculture pilot program, among other directives. The bill ultimately failed.

SB22-199 was subsequently introduced and was narrower in scope, only requiring the Department of Natural Resources to conduct a study regarding the protection of native pollinating insects. While pollinators play an important role in our ecosystems, food webs, and economy, their populations are declining. Although there are some obvious candidates for the decline, there is little specific data to back those claims.

In the final hours of the legislative session, SB22-199 was passed. It will yield data that will help make informed management decisions. The bill also requires the executive director of the Department of Natural Resources to report back to the Legislature with recommendations for policy changes to protect pollinators by January 2024.

On May 27, 2022, at the Butterfly Pavilion in Westminster, Governor Polis signed SB22-199 into law, signifying an important step in the State recognizing the crucial role of pollinators and promoting biodiversity.

Thank you, Audubon members, for contacting your legislators to show support for pollinators. We were happy to join with People and Pollinators Action Network to help pass SB22-199.

Irrigation of outdoor landscaping accounts for nearly half of the water use within cities and towns and is mostly used for nonnative turf grass. This bipartisan-sponsored bill, which successfully passed the Colorado Legislature, attempts to address this issue.

It focuses on measures to incentivize water-wise landscapes and requires the Colorado Water Conservation Board to create a statewide program by July 2023 that will finance the voluntary replacement of irrigated turf with water-wise landscaping, primarily in commercial and transportation settings, such as in highway medians, along roadways, and in strip malls. The bill defines water-wise landscaping as practices that emphasize using plants with lower water needs. It encourages the use of native plants but does not require them. Local governments, special districts, Native American tribes, and NGOs with their own turf replacement programs may apply to the board for grants to finance their turf replacement programs. So keep a lookout for possible ways in the future where property owners may get more help better adapting turf yards to the state’s dry climate.

Audubon’s certified Wildscape Ambassador, Don Ireland, provided compelling arguments in support of the bill in testimony before the House. On May 25, it was signed by the speaker of the House and the president of the Senate, then sent to the governor.

Need ideas? Check out Audubon’s Habitat Hero webpage, where you can get a wide range of resources, including a searchable database of native plants in your zip code! Learn how Don has helped his HOA save millions of gallons of water.

This was a full-on takings bill of a breadth we haven’t seen in years. The bill required government entities to compensate landowners for any claimed loss of value as a result of land-use regulations which they believe reduce their right to use, divide, sell, or possess their property and “diminish” the fair market value of the property.

Audubon was strongly opposed to this bill because of legal flaws and because it would inevitably impede conservation and recreation-related land use planning. This could impact open space and natural area conservation efforts, resulting in lawsuits that would tie up planning efforts indefinitely. Similar bills have succeeded in other states to the detriment of natural resources management. The bill was introduced in the Senate on January 18 but was never acted upon by the State, Veterans, and Military Affairs Committee.

Colorado has seen more of these sorts of bills than most other states, and we have an extremely successful track record of beating them back. Unfortunately, takings bills are an almost annual occurrence, and we need to remain vigilant to maintain the regulations that ensure the protection of our air, water, and ecosystems.

This bipartisan legislation proposed to create a Colorado Wildlife Safe Passages Fund to support projects that provide safe road crossings, which improve habitat connectivity for wildlife and public safety. Wildlife-vehicle collisions are the fourth most common crash in Colorado.

The bill had support from diverse stakeholders, including Audubon. As it went through the legislative process, it was amended by the Senate Appropriations Committee to $5 million for wildlife crossing projects on stretches of roads and highways with high rates of wildlife-vehicle collisions or where the ability of wildlife to move across the landscape has been hampered by high traffic volumes. This funding would also provide a much-needed source of matching funds to leverage federal grants under the new federal Wildlife Crossings Pilot Program—$350 million over five years. The program was established in the Infrastructure Investment and Jobs Act, building onto the existing 64 wildlife crossings in Colorado. Governor Polis signed the bill into law on June 1, 2022.

Thank you to the 737 Audubon members who encouraged their legislators to vote in support of this bill.

The following sections include excerpts from Abby Burk’s article, A Confluence of Funding for Water, Watersheds, and Capacity.

This bill appropriates $20 million from the Economic Recovery and Relief Cash Fund for projects to protect watersheds and river resiliency from wildfire impacts through mitigation, watershed restoration, and flood mitigation grants. It was among 14 wildfire-related measures legislators introduced this session, 11 of which were passed. This bill was signed into law by Governor Polis on June 2.

The Audubon network in Colorado stepped up in response to an online call for action with 2,468 responses in support of this important bill. Thank you!

Now go outside and enjoy everything we fight to protect in this beautiful state! And if you took time to speak up on behalf of birds and their habitat this past legislative session, thank you! Our elected officials need to hear from Coloradans who care about natural resources. 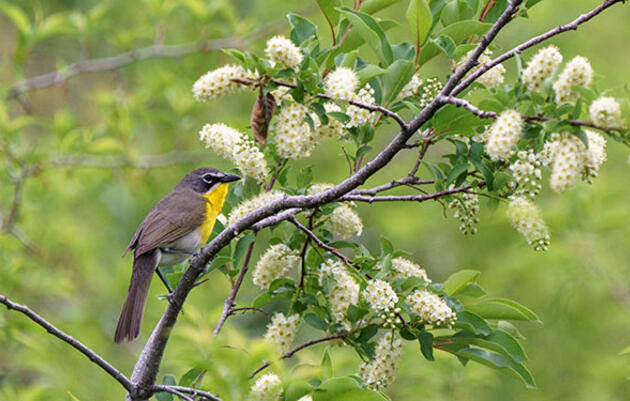 A Confluence of Funding for Water, Watersheds, and Capacity

Learn about beneficial bills passed during the 2022 Colorado legislative session. 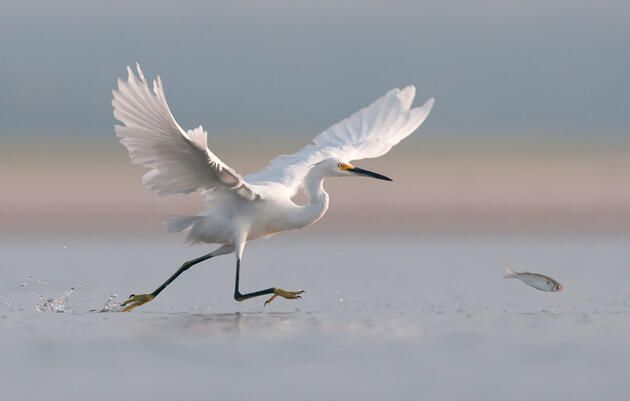 A Big Year for Colorado Water

What you need to know from our second Colorado legislator webinar: Milestones for Colorado Water in 2022.