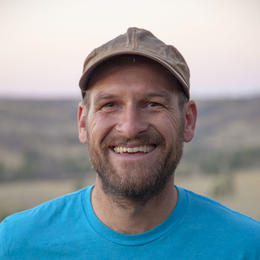 On December 15th, 2018, 56 participants from the Pagosa Springs community came together to survey birds for the 119th Christmas Bird Count. They systematically walked, drove, and cross-country skied across the survey area in search of birds. Some folks even surveyed in the dark for the hoots of a Great Horned Owl! Most importantly, all volunteers recorded the species and numbers of each bird found.

Why does all this matter? These observations conducted worldwide, represent the largest community-led study on bird populations. By surveying birds at the same time every year, we can detect changes in species' populations.

Here in Pagosa Springs we had some interesting findings. This year our team found 63 species; that’s three more species than last year. However, last year we tallied 5,314 total birds on count day, but this year we recorded only 3,466 total birds in comparison. Considering that the data were logged by the same number of observers, that's a big drop in total birds.

At the end of the day, we gathered for chili and stories from the day of birding. Folks saw lots of raptors this year, including a juvenile Ferruginous Hawk and Prairie Falcon. Fair numbers of waterfowl were located on the lakes, which local Cub Scout participants even jumped in to help with counting! An American Pipit and Say’s Phoebe were spotted along the River Trail. These are normal birds for this part of the world, but quite unusual to see these birds at this time of year. Despite these fun anecdotes, participants could sense that they had seen far fewer birds than last year.

So, what do we make of this phenomenon?  Was it caused by lasting repercussions from the year's drought, such as poor reproduction? Did the birds simply head elsewhere for the winter for more fodder? The answer is, we don’t know.  But, there’s one way to get an answer: continuing to conduct Christmas Bird Counts for the future.

If we continue to observe and document what we see then patterns can be discerned. It’s important that we continue to learn how our avian neighbors are faring through bouts of drought, wildfire, and any seasonality changes we experience. After all, community science (formerly called “citizen science”) is a way for us to contribute to understanding the world that birds—and we—depend upon.

Thanks to all you great folks that came out to count birds for the 119th CBC! Learn how you can become a community scientist!