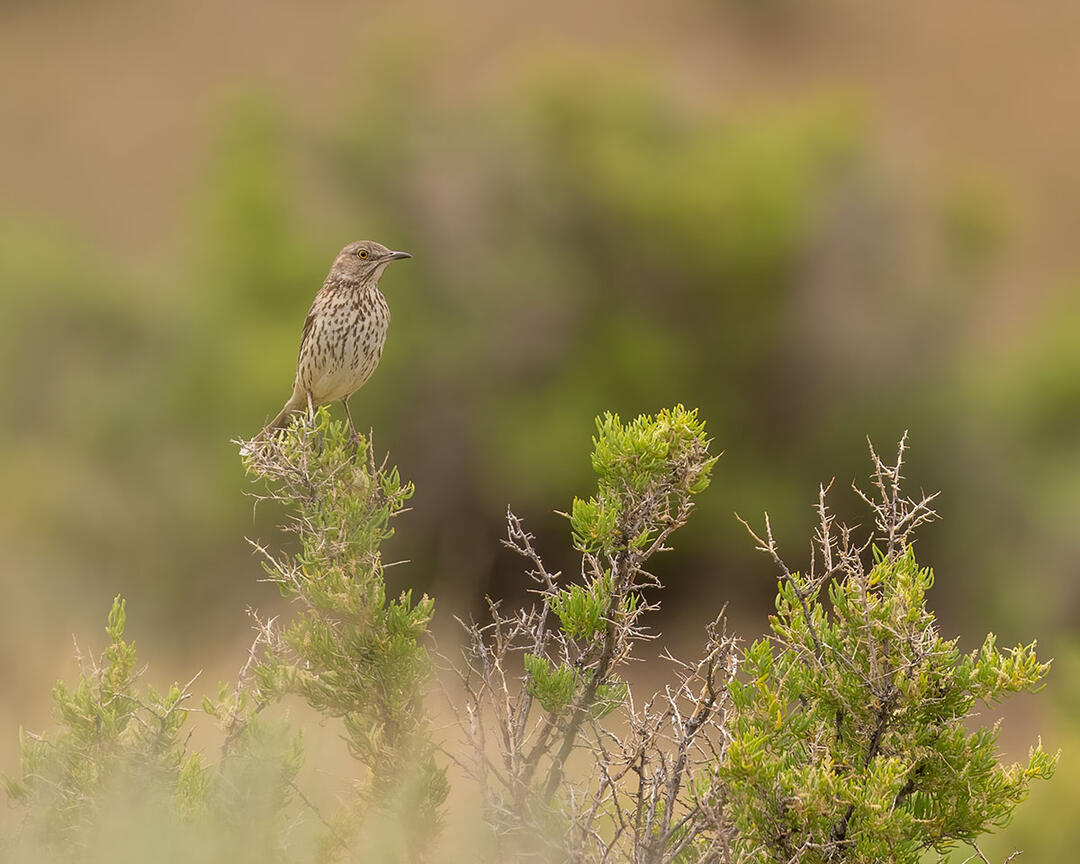 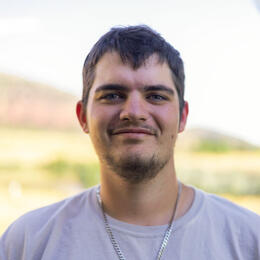 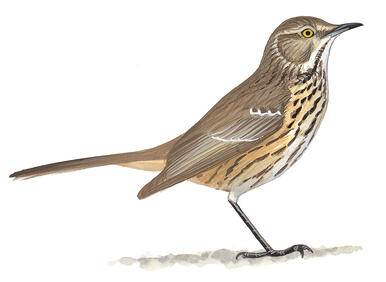 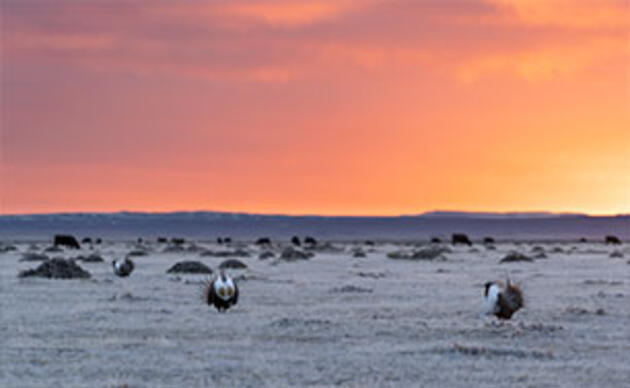 Imagine being in an area where you are surrounded by nearly 100 unique bird species that depend on this habitat for food, shelter, and raising chicks. You might think of a riparian wetland or grassland, but in my opinion, the most unique habitat that Wyoming has to offer is that of the sagebrush.

Home to unique bird species that cannot be found elsewhere, the sagebrush is an area full of life. While at first glimpse it may not appear to hold a wide diversity of animals, upon closer inspection, it has more diversity than one can possibly imagine. Reptiles like sagebrush lizards and prairie rattlesnakes bask in the sun or take shelter under sagebrush plants. Ungulates like pronghorn and mule deer roam the expansive landscape, eating the sagebrush and rabbitbrush. Rodents such as the sagebrush voles and pygmy rabbits ramble through the understory of sagebrush and greasewood. Birds such as the Brewer’s Sparrow, Sagebrush Sparrow, Sage Thrasher, and Greater Sage-Grouse inhabit this complex, beautiful, and fragile ecosystem. As with any ecosystem, a slight change to this environment or the species that inhabit it could be detrimental in the long term.

I was born and raised in The Bahamas. Until visiting Wyoming as a bird banding intern for Audubon Rockies, I never had the chance to experience the extensive and unspoiled sagebrush ecosystem. Initially, I believed that there might only be a few unique bird species and a minimal variety of wildlife that inhabited this area. However, after experiencing a Wyoming sagebrush habitat, I realized that I couldn’t have been more wrong. Within the first 10 minutes of experiencing this incomparable habitat, I saw vast expanses of sagebrush and greasewood, and junipers that were hundreds of years old. And if the flora wasn't enough to change my opinion, the sight of birds foraging for insects to feed their hungry chicks and territorial males sitting atop their favorite perch definitely did the trick.

On my very first day in the sagebrush of Wyoming, I was able to record 10 “lifers,” including Gray Flycatchers, Brewer’s Sparrows, and Sage Thrashers. Recording 10 brand new bird species and realizing that I hadn't even scratched the surface of the avian diversity was a feeling like no other. Needless to say, I had more motivation than ever to document and photograph the bird species of the Wyoming sagebrush habitat. My most exciting finds throughout my time in the sagebrush would have to be the Greater Sage-Grouse (listed as “near threatened”) and the Sage Thrasher. These species are both declining due to land being altered/converted to cropland and sagebrush being invaded by grasses like cheatgrass, which fuel fires that can destroy sagebrush habitat. 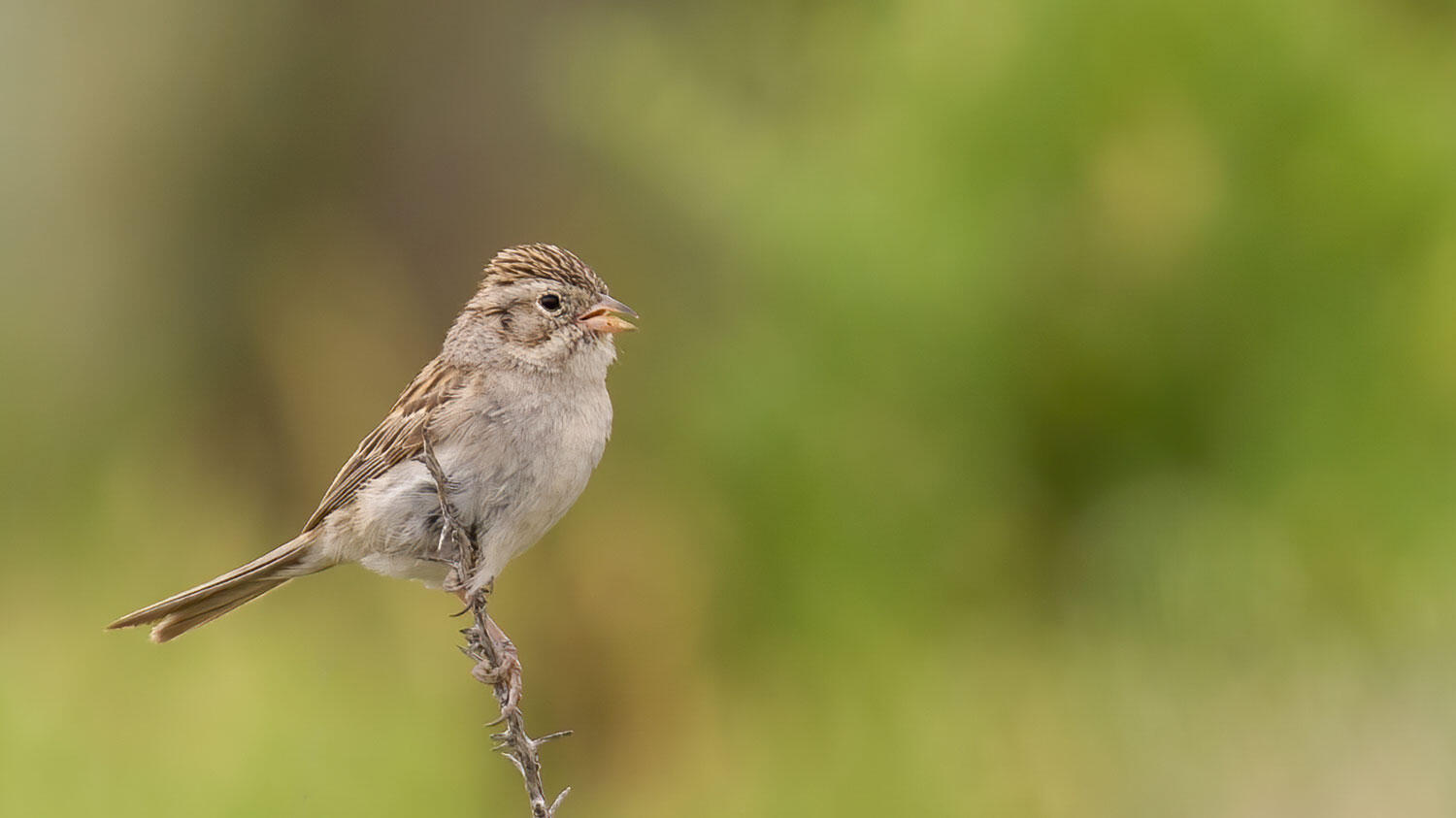 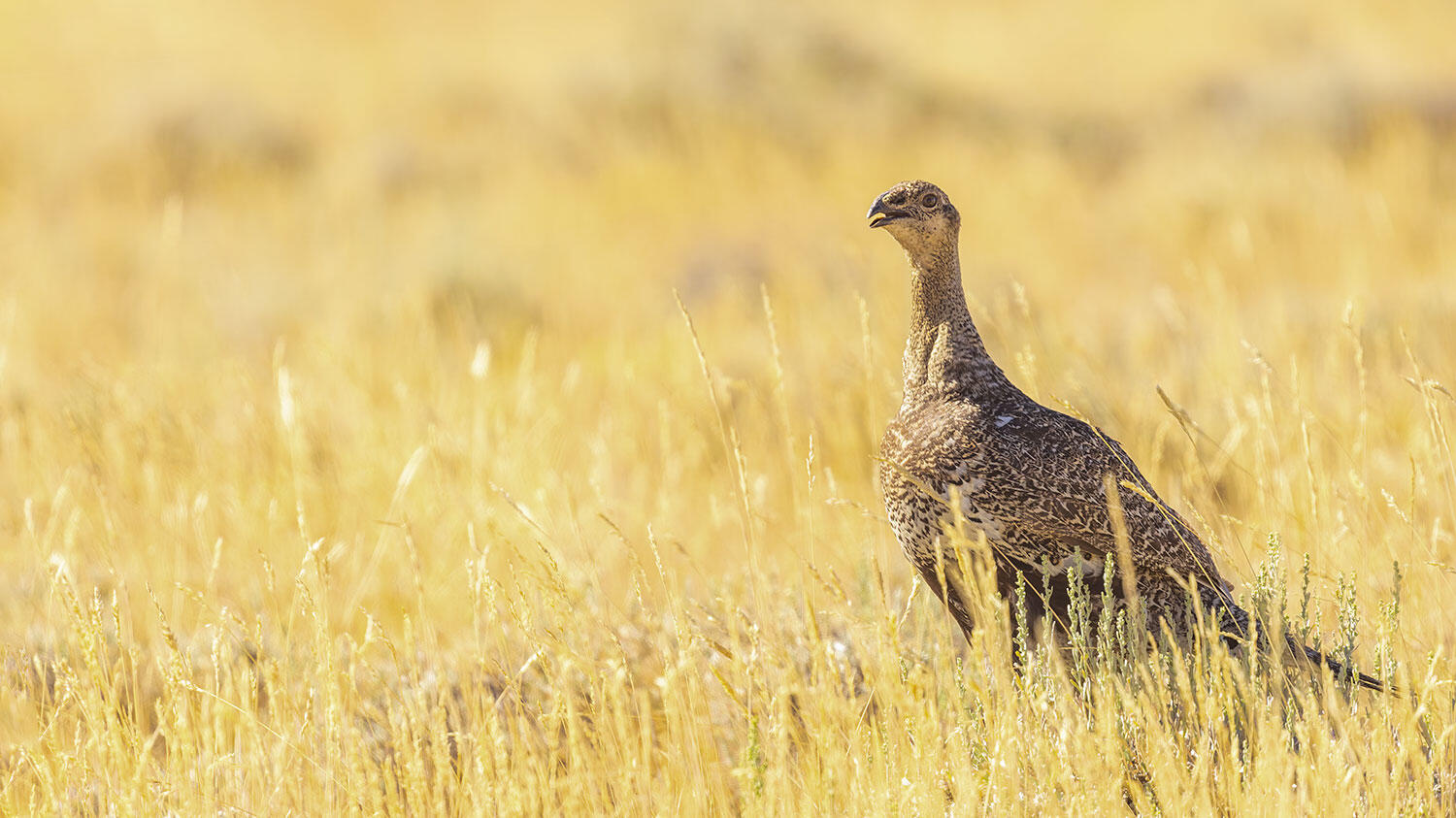 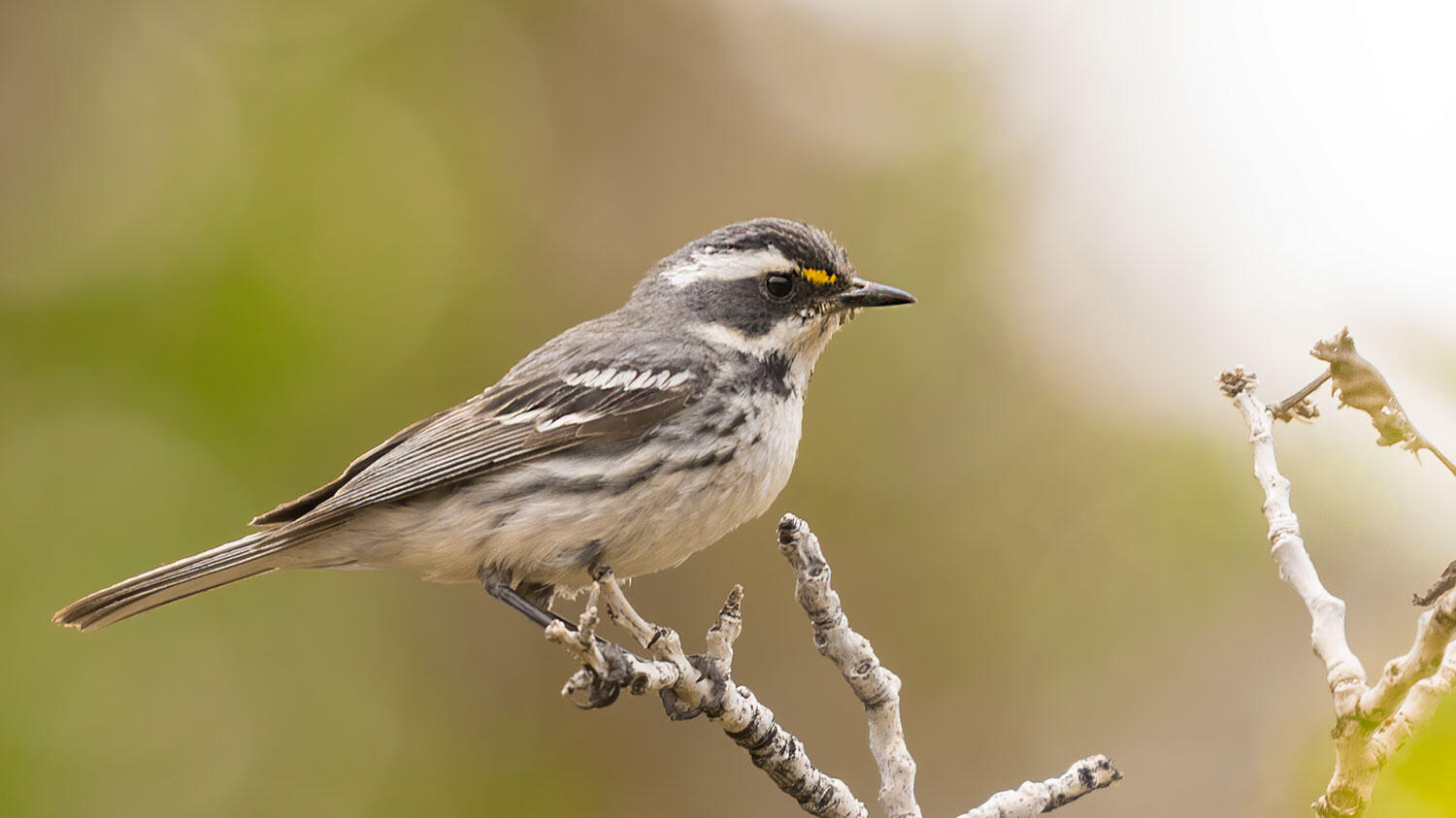 Amazing sagebrush obligates such as the Greater Sage-Grouse and Sage Thrasher (as well as countless other species) are at risk of losing their ecosystem and their homes due to the destruction of the sagebrush. Since the sagebrush appears quite barren, this ecosystem might fall victim to being less appreciated than other habitats. If it continues to fall to the wayside, it might be lost. The species that inhabit it will be left with two options: learn to adapt to a new environment or perish.

As a Bahamian, we have lost endemic bird species like the Bahama Nuthatch to habitat loss. We are currently facing a very similar threat to our mangrove ecosystem. Our mangrove habitats are quickly being diminished, which is increasing the potential impact of hurricanes (as mangroves act as a natural storm barrier). Populations of fish and crustaceans are declining as the large prop roots of the mangroves act as a nursery for juvenile offspring. The stark reality is that birds that depend on the mangrove habitat will face the same threats as sagebrush obligates: adapt to a new environment or perish.

The Bahamas has lost as much as 73 percent of mangroves on certain islands due to human disturbance and catastrophic hurricanes, thus diminishing the avian community by as much as 90 percent in certain mangrove habitats. I genuinely hope that this never becomes a reality for sagebrush habitats across North America. Now that I’ve experienced the incredible Wyoming sagebrush, I can vouch for its protection due to its natural beauty and the incredible animal and plant diversity that call it home. Relish this habitat and its flora and fauna, as it is truly something to marvel at and appreciate. 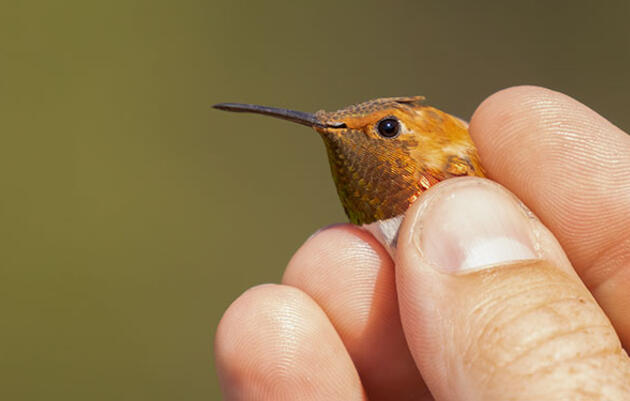 Learning to Band Birds in Wyoming

Reflections from our 2022 bird banding intern. 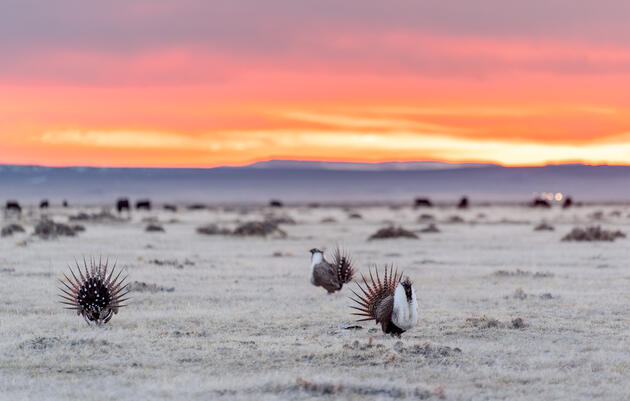 An update on efforts to build a better future for the Greater Sage-Grouse and Sagebrush Country. 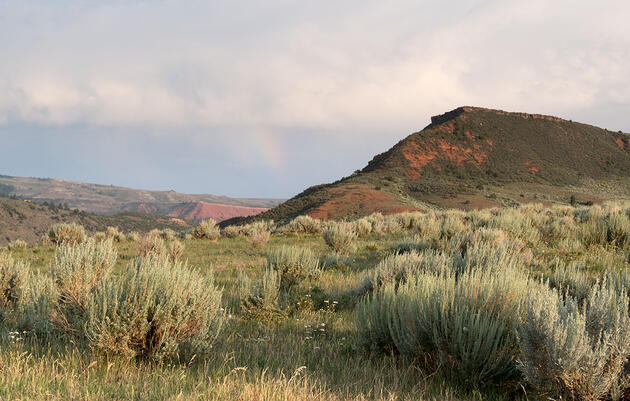 Adapting to drought on an Audubon-certified ranch in Wyoming.