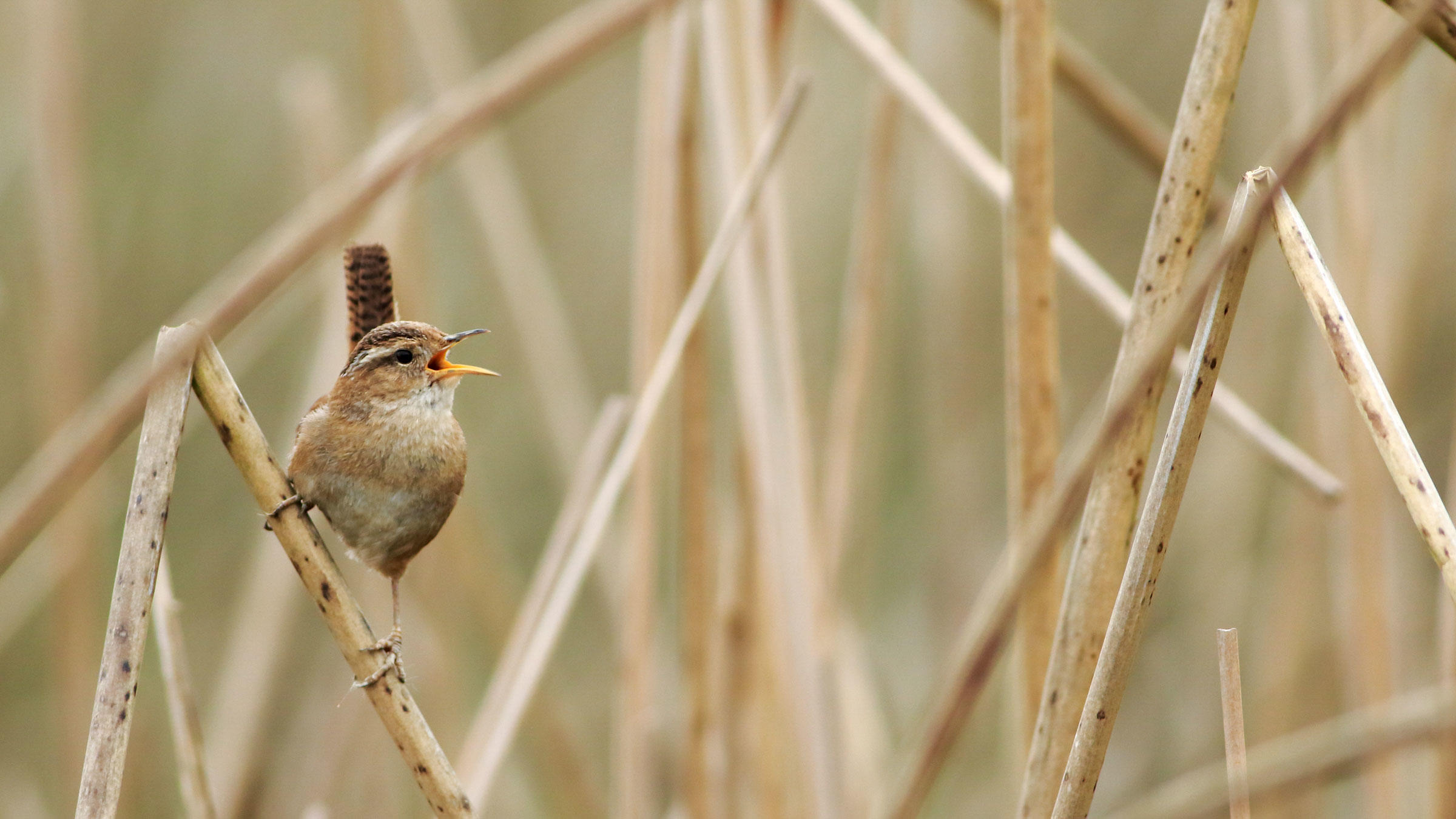 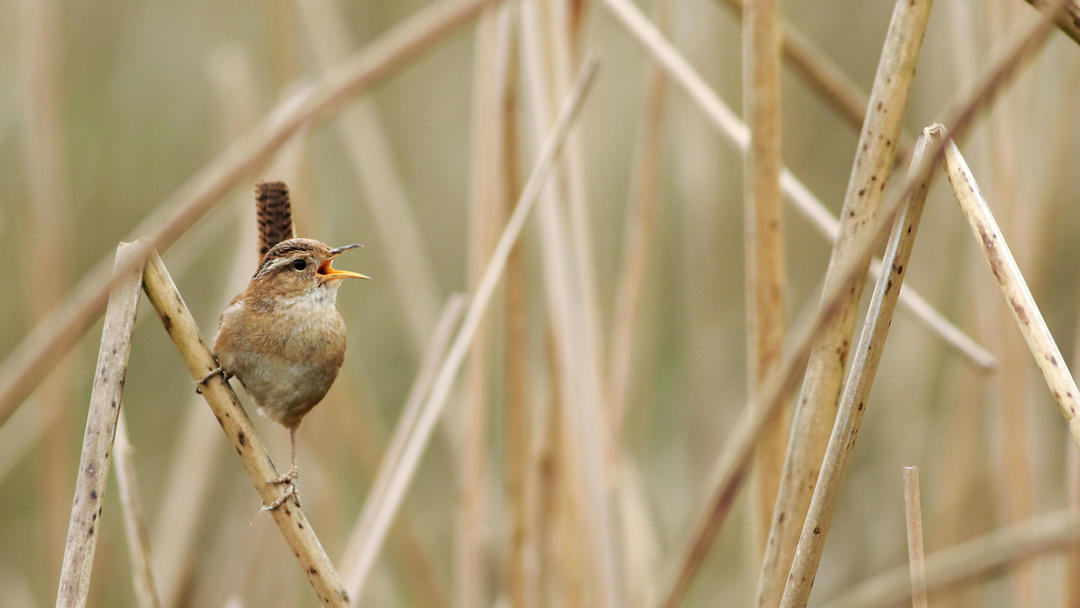 Wrens are often named for their preferred habitat. House Wrens, Rock Wrens, Canyon Wrens and Marsh Wrens usually show up where their name implies. A Marsh Wren sighting is often a fleeting glance as it flits across the wetland and dives in low among the cattails and rushes. There they forage close to the water picking insects and spiders from the stems and leaves of vegetation and the water’s surface.

This round-bodied bird is rusty brown above with black and white streaks on its back. Its undersides are pale and plain, and it has a pale eyebrow, white throat, and thin bill. Dark barring marks its short tail, which is usually held upright.

Broadcasting your presence through thick, marsh vegetation requires a loud voice, and this tiny bird has one. Its chattering calls are mechanical, sounding like a rapid-fire sewing machine, but male songs used to attract mates and defend territory are complex.

Males arrive first on breeding grounds and start building nests. These busy birds often build up to six dummy nests to show off to a prospective mate and will often breed with more than one. One male was observed to build more than 20 nests in his territory.

Listen for their loud calls in the cattails and you just might be lucky enough to spot one.

Bird of the Week is brought to you by Audubon Rockies and Weminuche Audubon Society. 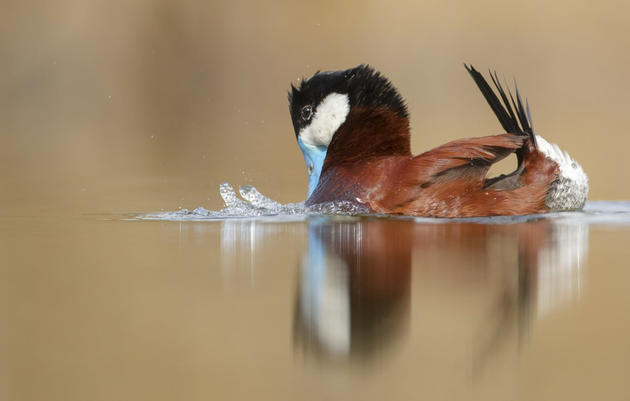 Bird of the Week: Learn about this flamboyant waterfowl 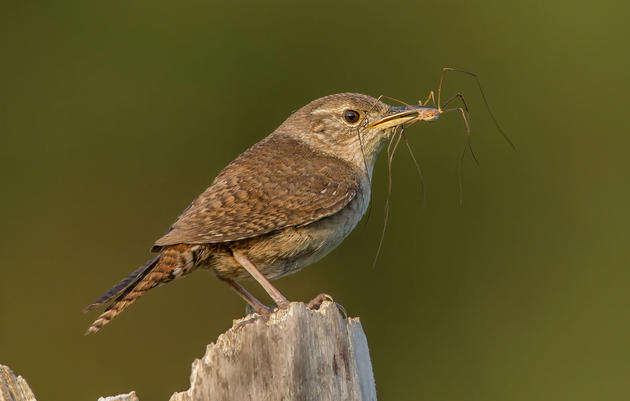 A perky singer of open woodlands. 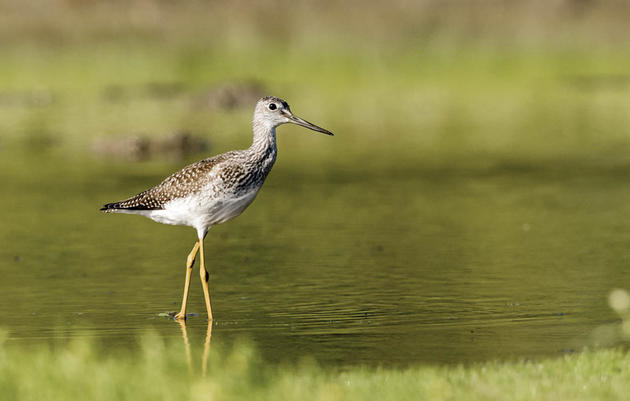 Bird of the Week: Learn about this long-legged shorebird