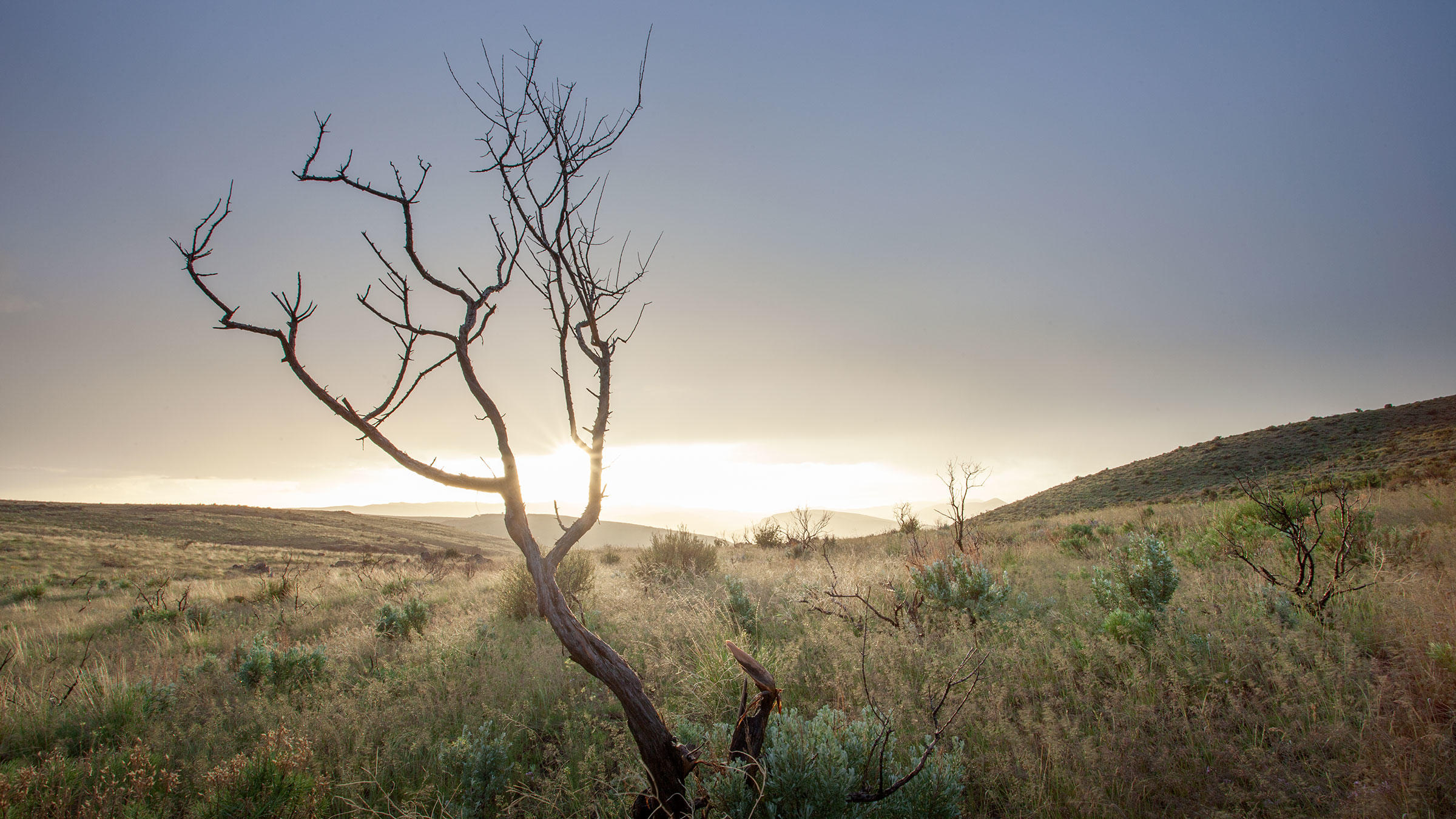 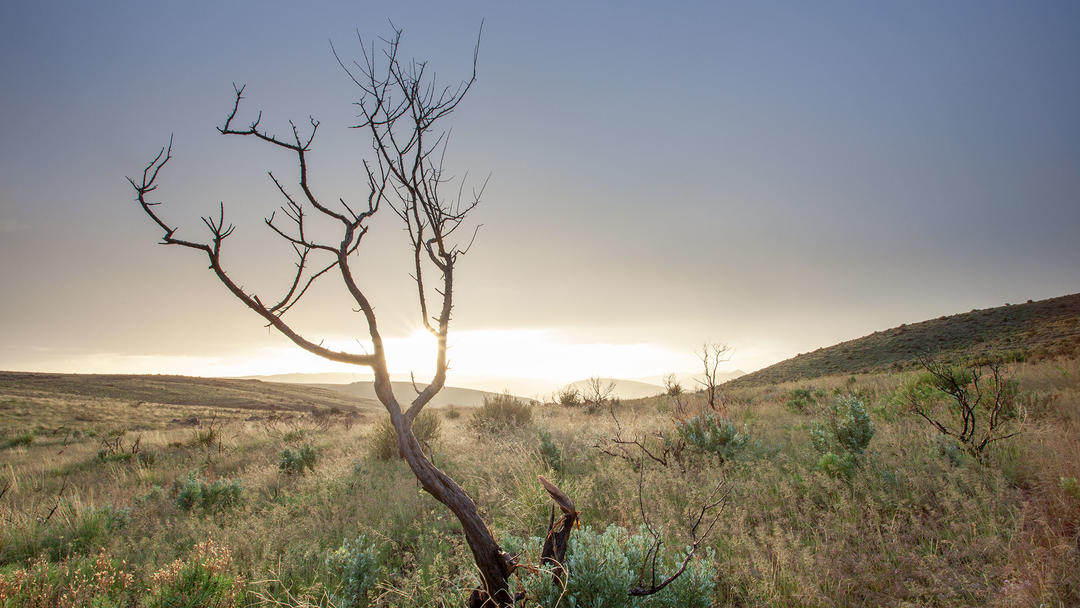 Acre by acre, summer by summer, we are losing the sagebrush steppe ecosystem. Between 2000 and 2018, more than 15 million acres of sagebrush steppe were burned by wildfire, according to Michele Crist, Bureau of Land Management, Fire and Aviation. Fire is a natural part of the sagebrush steppe, but its frequency and severity are increasing far above natural levels.

Historically, a given area of sagebrush steppe burned once every 60-110 years, but now, many areas are burning once every five years or fewer. Additionally, those fires are becoming hotter than what plants in the ecosystem can withstand. As a result, sagebrush shrubs—the anchor of this ecosystem—are dying on a staggering scale. Without sagebrush for food and cover, wildlife soon move out. Most alarmingly, sagebrush aren’t returning from seed after severe wildfires, meaning the ecosystem’s very existence is at risk. 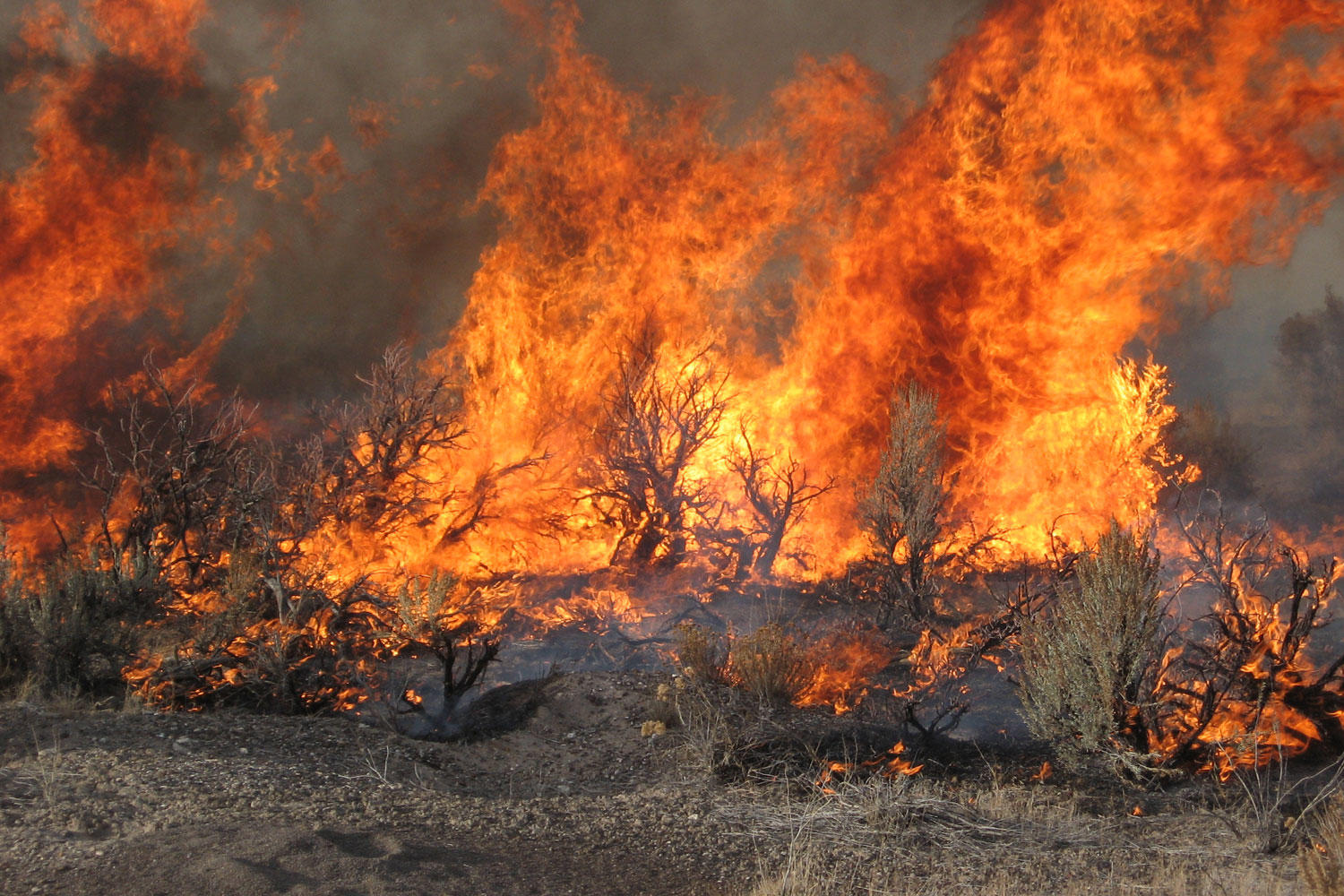 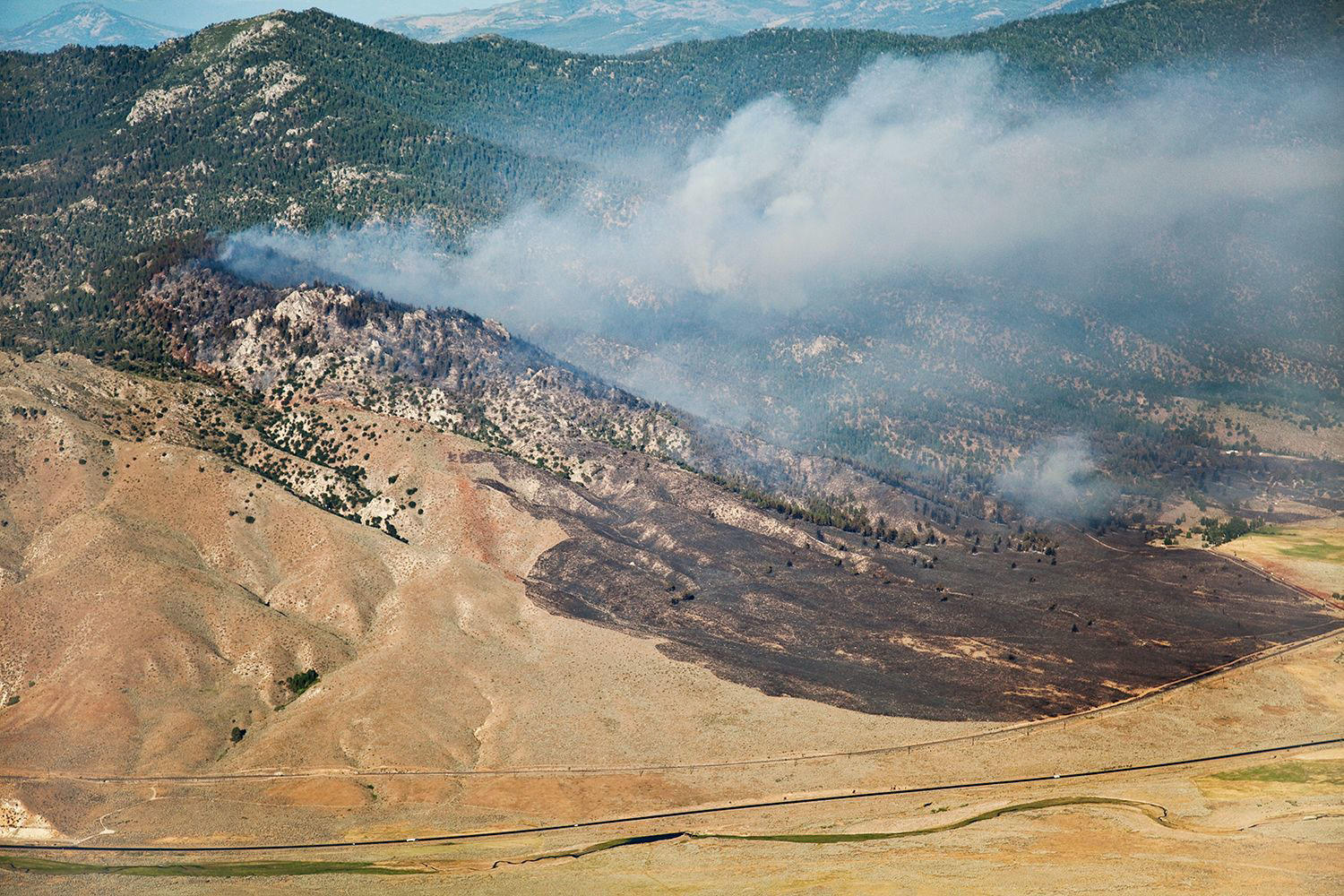 What habitat remains is growing weaker each year. The diversity of native flowers, shrubs, and bunchgrasses are fading from the landscape. Without them, it is becoming less useful to wildlife (many of which only live in the sagebrush steppe), cattle, and people.

Sagebrush holds together an ecosystem that people, economies, and more than 350 species depend on across 14 states. To save it, we have to understand the cause of these symptoms.

In the nineteenth century, a grass from Eurasia was accidentally shipped to the United States. With no natural predators, it soon spread wildly across the American West. By sprouting early each spring and forming dense mats, it began choking out native plants across more than 50 million acres, an area the size of Idaho.

This annual grass—called cheatgrass, downy brome, and Bromus tectorum—creates a vicious cycle. Seedlings have roots that grow throughout the winter. By spring they are able to sprout before native plants, which lets them dominate access to water, sunlight, and nutrients (hence the name “cheatgrass”). Shortly thereafter, they produce tremendous amounts of seed and die, leaving dense, continuous mats of dry, flammable vegetation right at the start of fire season. As a result, cheatgrass is making wildfires larger, more frequent, and more severe. 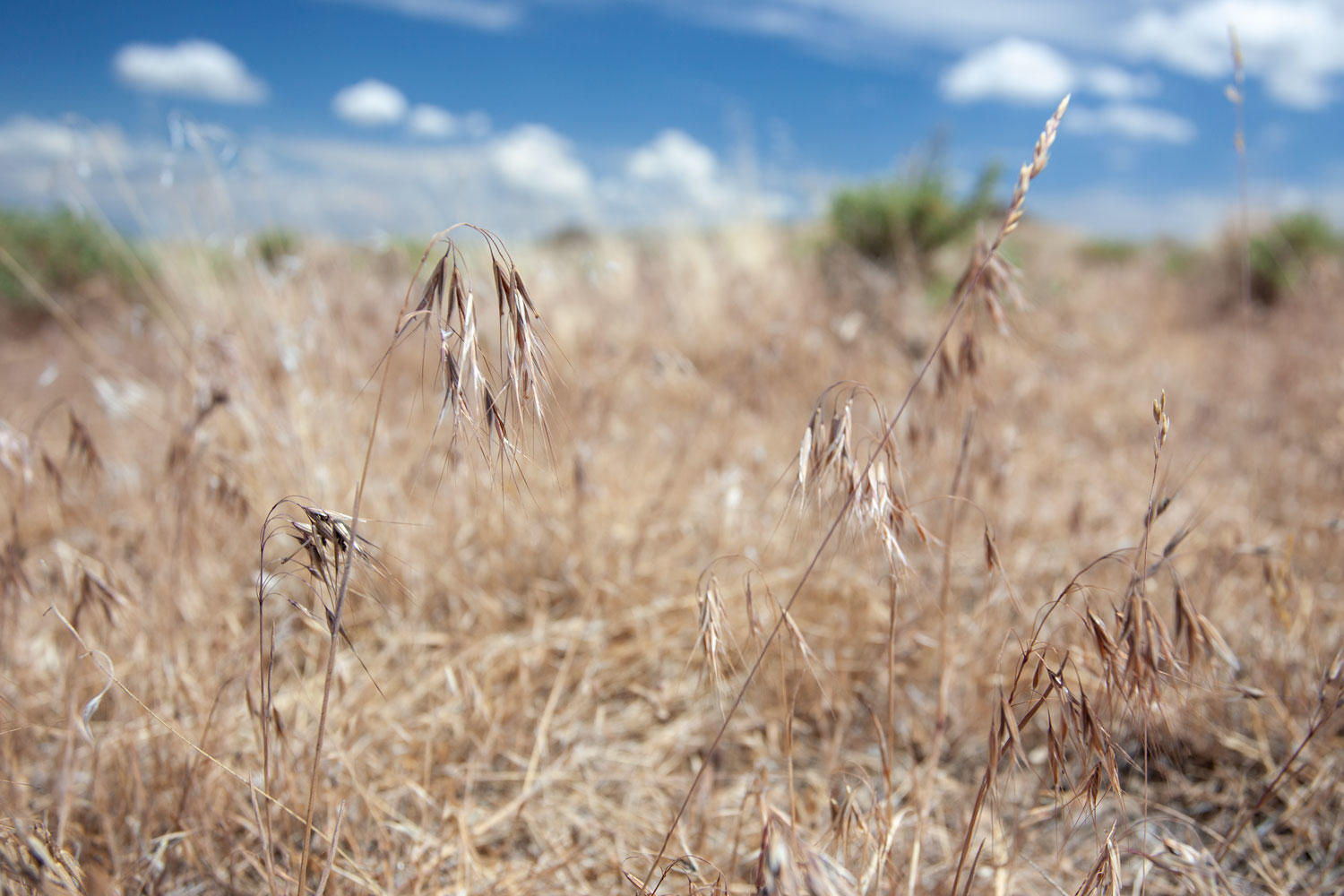 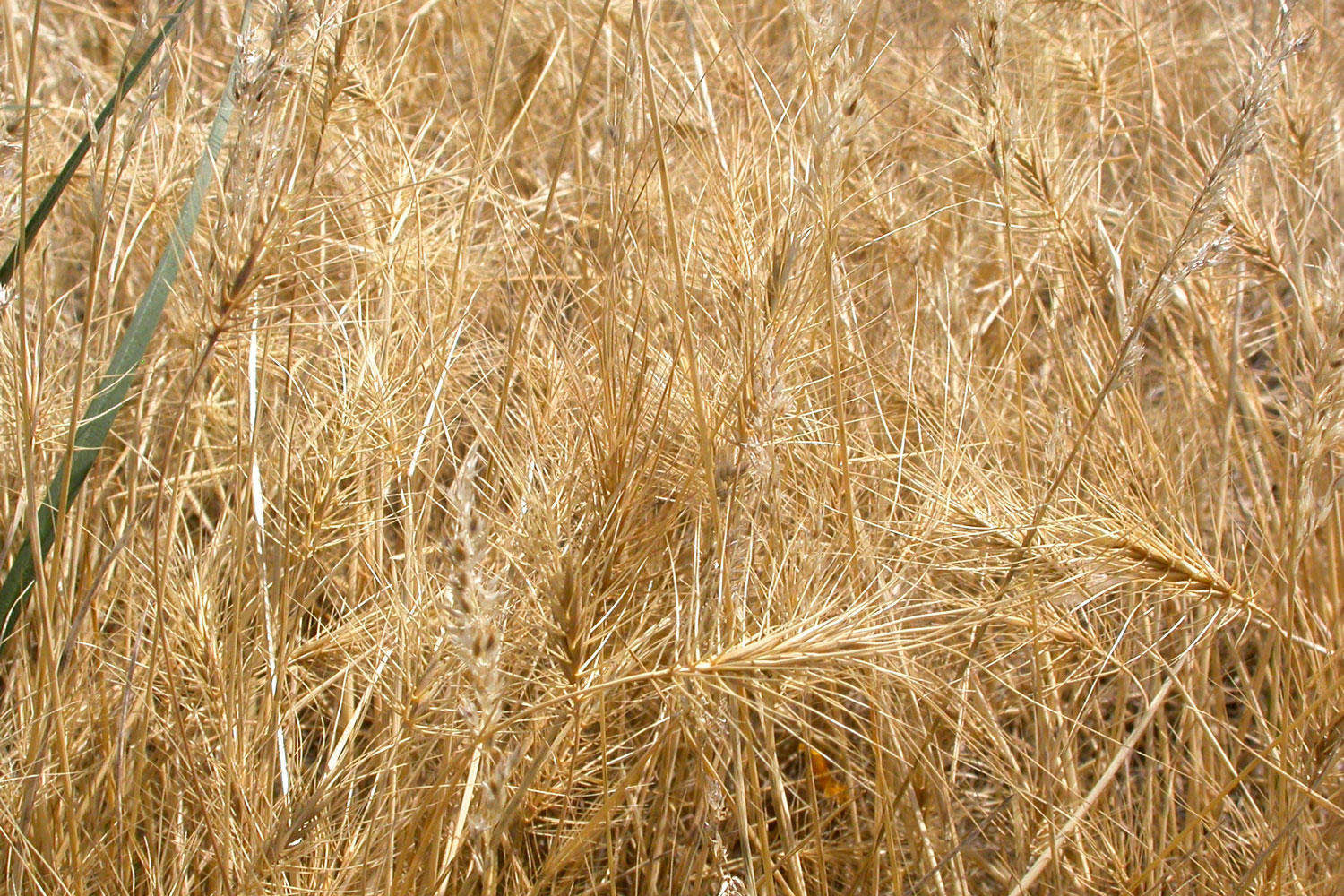 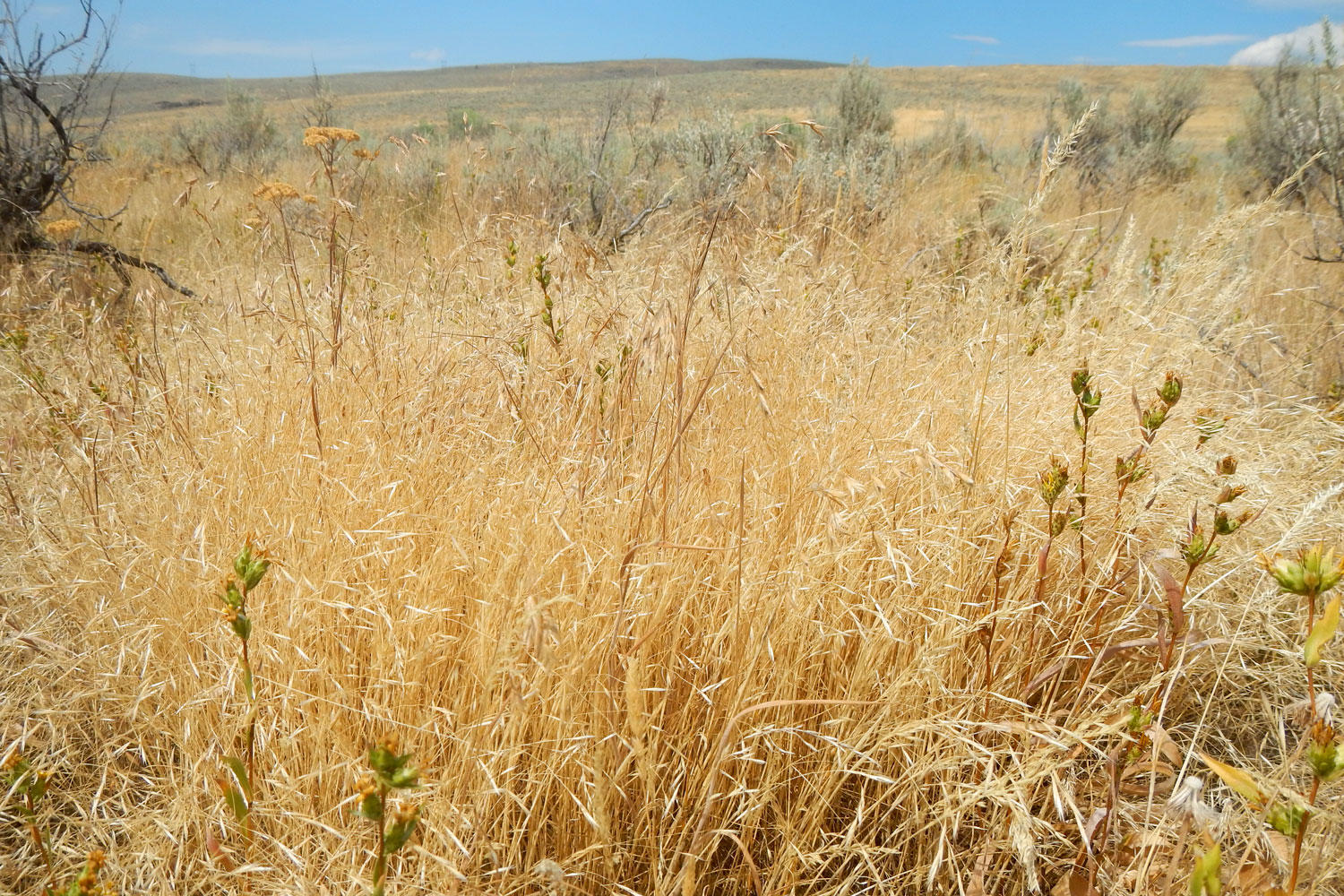 And the problem is worsening. Since the arrival of cheatgrass, other equally aggressive invasive grasses have been introduced, such as medusahead (Taeniatherum caput-medusae) and ventenata (Ventenata dubia). Summers are also becoming hotter and drier, making the fire season longer and giving cheatgrass a greater advantage over native plants.

These invasives now threaten the very existence of the sagebrush steppe ecosystem. To save it, we need to act now.

We need to minimize the spread of invasive grasses and bolster native plants. To achieve this, we need science-based plans to combat invasive grasses, on-the-ground projects to restore degraded sagebrush steppe habitat, and funding to make restoration possible.

Achieving these solutions will only be possible with widespread public demand for action, and for that to happen there needs to be a greater public awareness of the issue. You can help by informing yourself with the resources on this page and sharing them with your family and friends.

Audubon actively pushes for policies and legislation that support these solutions. We work directly with state and federal politicians and agency leaders to rally support for the solutions. You can support our work by signing up for opportunities to raise your voice and donating to Audubon. 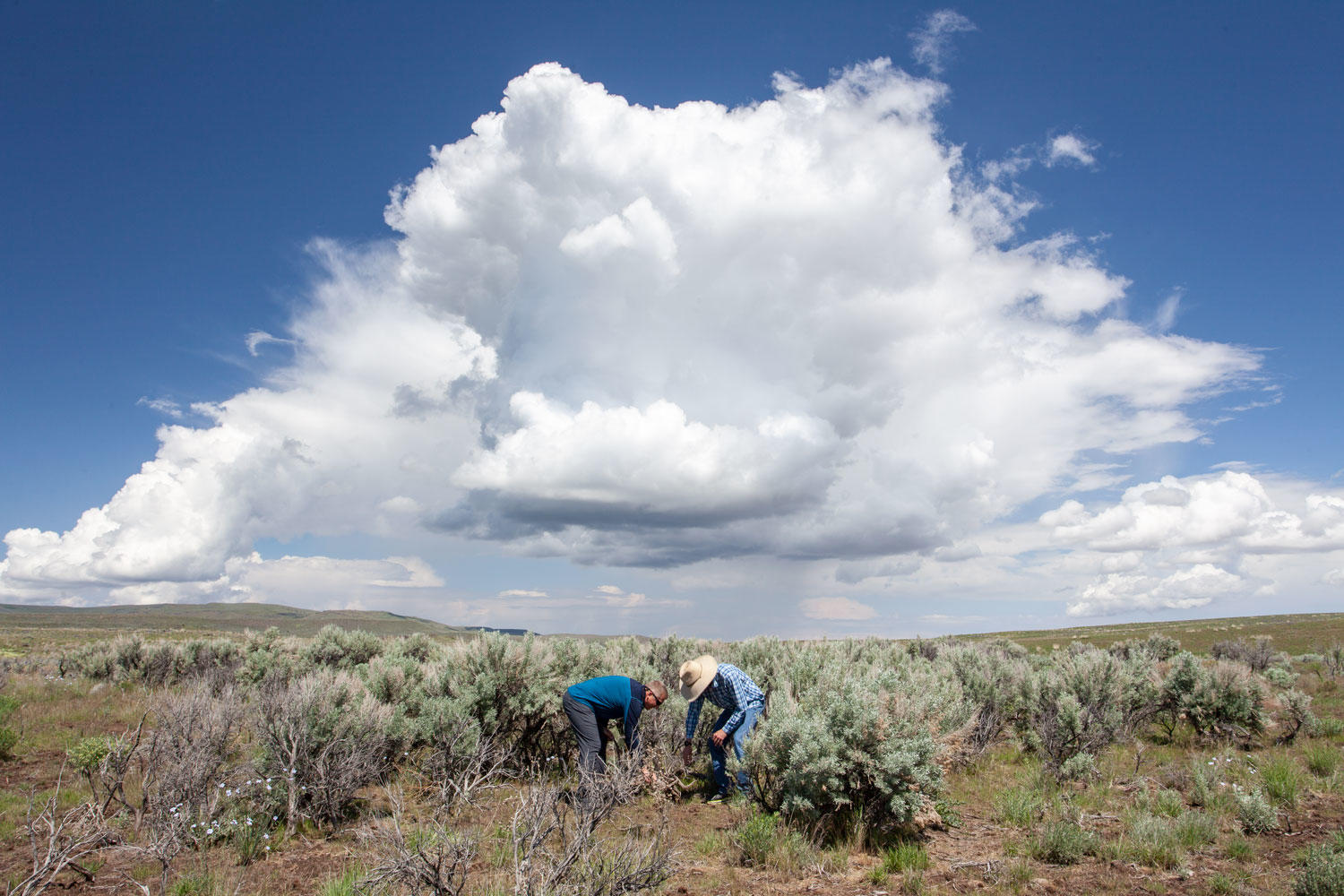 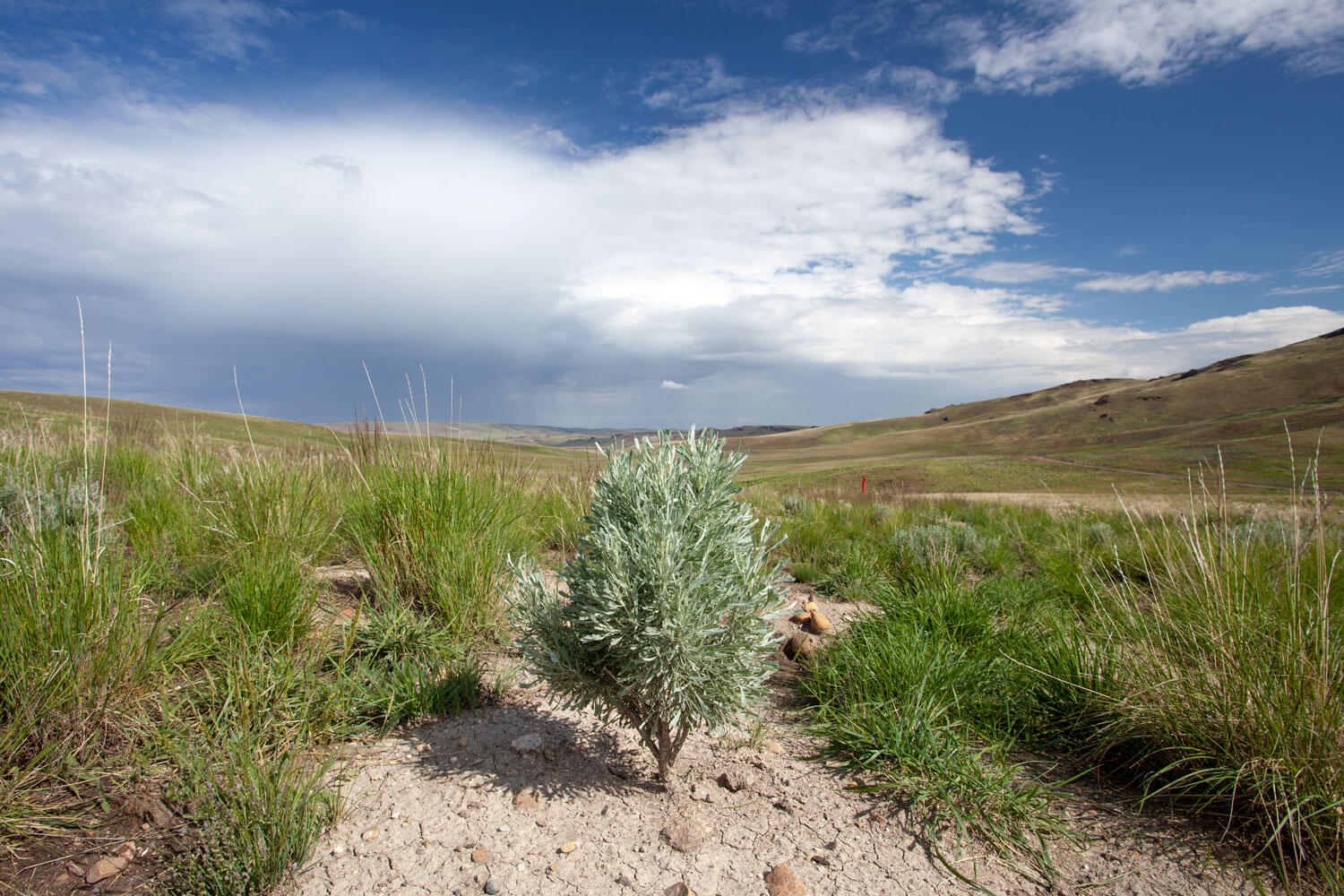 A sagebrush that was planted in a restoration area burned by the Soda Fire in Idaho. Photo: Evan Barrientos/Audubon Rockies

Articles, Interviews, and Other Resources 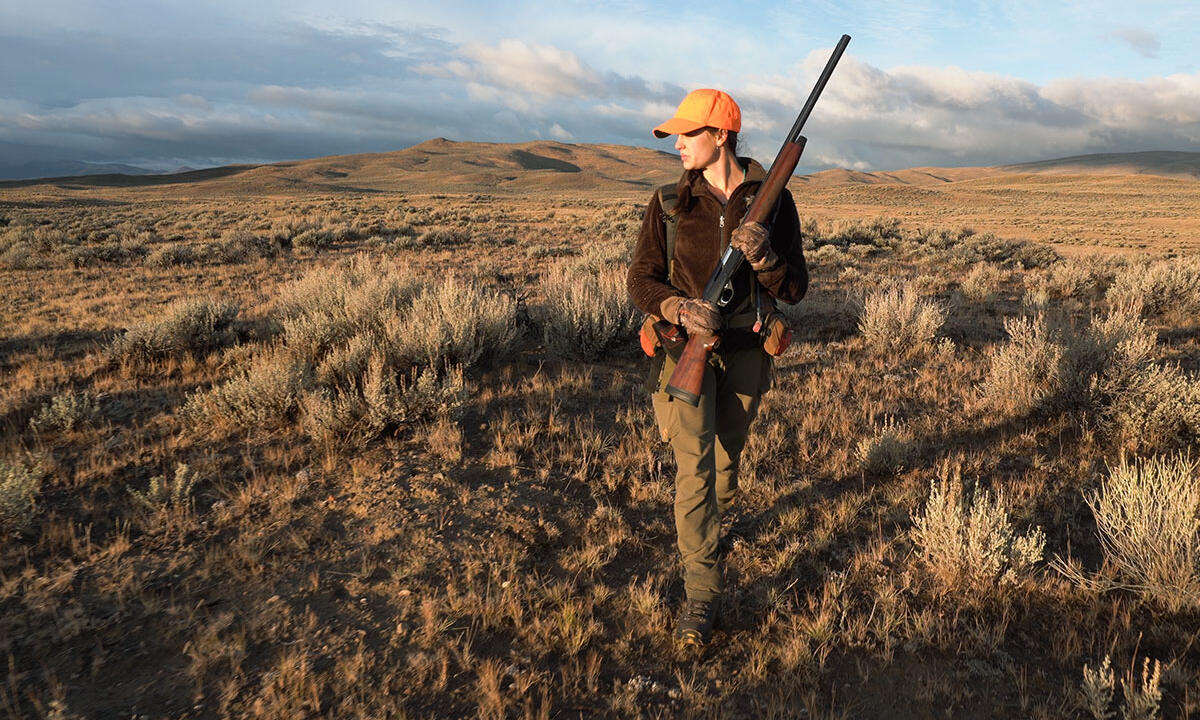 In this film by Audubon Rockies, two ranchers, a hunter, and an Eastern Shoshone Tribe member explain what's at stake if Western states don't act now to stop the spread of invasive grasses in sagebrush country. 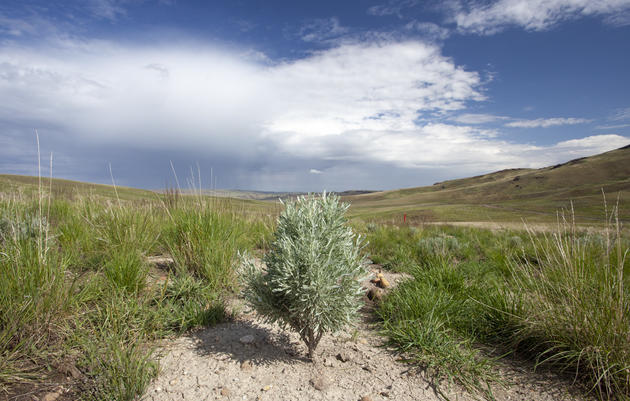 After the Smoke Clears

An interview with Ann Moser, a wildlife staff biologist with Idaho Fish and Game, on sagebrush restoration after the Soda Fire. 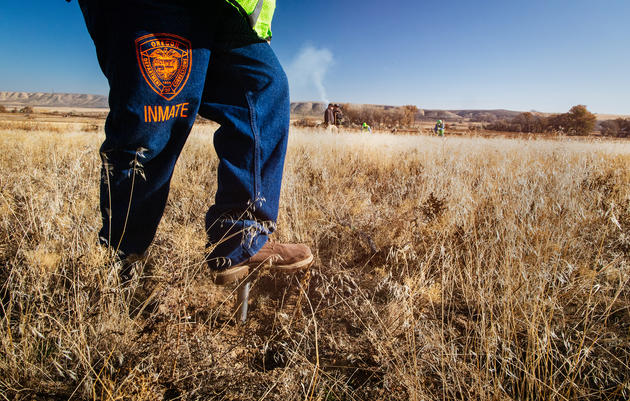 Meet the Inmates Working to Rebuild the Greater Sage-Grouse's Home

Participants in the Sagebrush in Prisons Project find peace and purpose helping the bird's habitat recover from increasingly devastating wildfires. 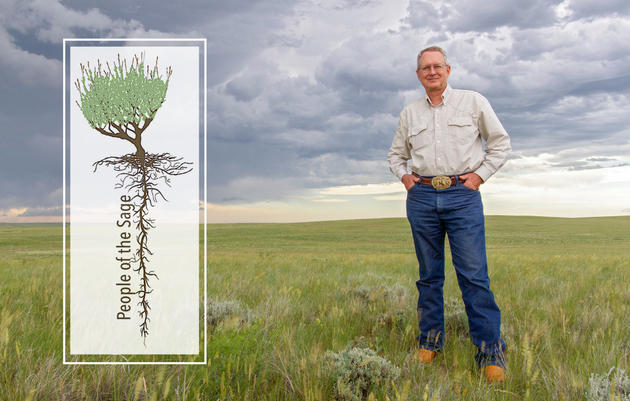 People of the Sage: Jay Butler

A profile of a Wyoming rancher working to restore sagebrush. 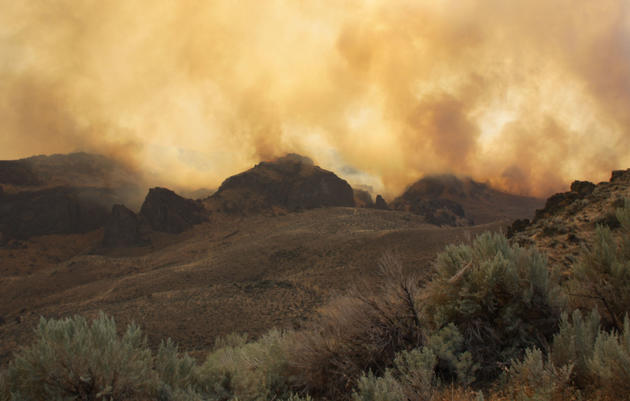 Why is Sagebrush Country on Fire? 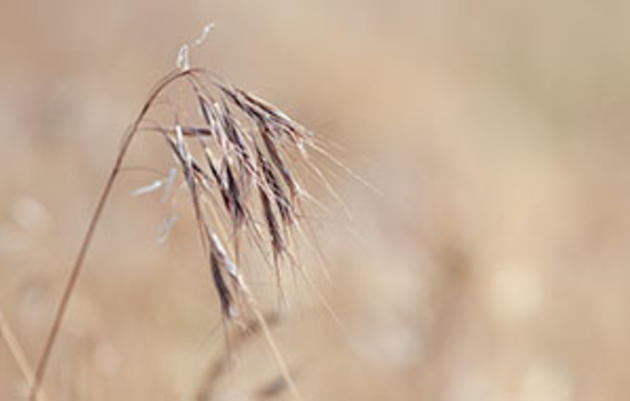 Managing an invasive annual grass in the Rocky Mountain region,